BLACKPINK is Debuting an Animal Crossing Island for Fans to Visit 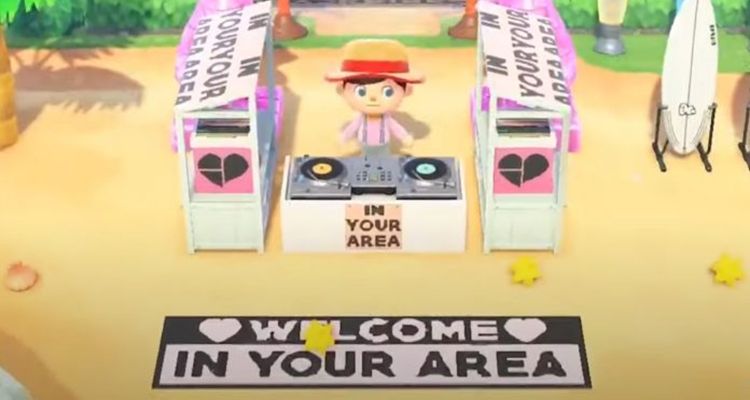 BLACKPINK is releasing an Animal Crossing island to celebrate their fifth anniversary.

The K-pop group’s agency YG Entertainment announced the custom island earlier today. It will be released on August 6 for fans to enjoy and celebrate the group’s fifth anniversary on August 8.

“BLACKPINK Island colored in pink is coming to you. Are you ready for a trip to BLACKPINK island?” the tweet announcing the promotion asks. It highlights how important gaming has become as a means of promotion to reach fans.

In the teaser video below, you can see different areas of BLACKPINK Island.

There is a pink-themed DJ booth and what seems to be a merch stand. There are also exclusive BLACKPINK-inspired outfits for fans to enjoy. The Animal Crossing island promotion is coming to celebrate their movie, too.

BLACKPINK the Movie will hit theaters across the globe on August 4 and 8. The film celebrates the ladies’ journey throughout, focusing on each member with their stories behind told through exclusive interviews. Segments include ‘The Room of Memories,’ reflecting on the last five years and ‘Beauty’ featuring candid shots of each member.

BLACKPINK debuted five years ago in 2016 with Square One. Their debut studio album, The Album, dropped in 2020. The group also held a virtual live stream concert for the LP’s drop. Rose also released her debut solo project R, the second solo LP from a BLACKPINK member. Jelly dropped her solo album in 2018.

How to Access BLACKPINK Island in Animal Crossing: New Horizons

In order to visit the new island, you’ll need to have the Dream Suite address code. The band has not released it yet, but here are detailed instructions once you have it.

Animal Crossing: New Horizons is exclusive to the Nintendo Switch gaming console. You’ll need either a Switch or a Switch Lite to visit the island.