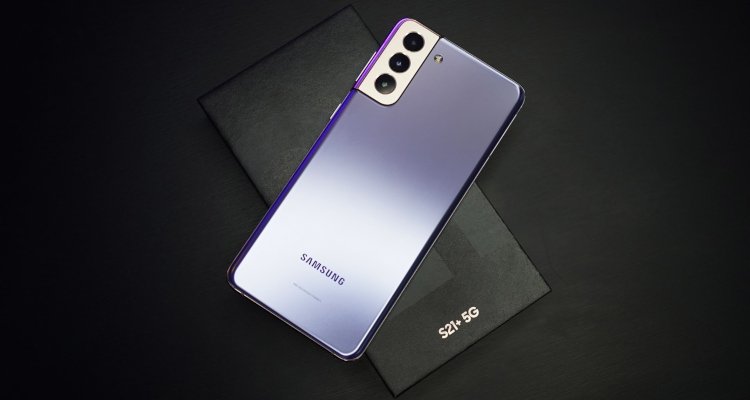 Ashton Allen’s Future Royalty creative collective just recently scored a major sync placement through music licensing and distribution platform Songtradr. Now, Allen has sat down with Digital Music News to explain how the deal came about and provide advice for creators who are seeking high-profile placements of their own.

Future Royalty’s “Back In The Game” drove the emotional direction of a spot for Samsung’s “Voices of the Galaxy” series. Featuring Olympic athlete – and, to be sure, the fastest British woman in history – Dina Asher-Smith, the commercial emphasizes that one’s dedication and inner strength serve as the foundation upon which physical achievements are recorded.

Despite the project’s inspiring message and high production value, neither Ashton Allen nor the other music professionals at Future Royalty contributed to its creative specifics. On the contrary – and in a testament to the quick-moving nature of the contemporary sync landscape – the Rock Salt Music CEO learned of the placement opportunity and promptly signed the corresponding contract, in what was the latest deal delivered by a long-running partnership with Songtradr.

“They’ve been a great non-exclusive partnership for us for a number of years. I had a friend who was a part of that organization early on, and it was just a great relationship that built over the years,” Allen told DMN of his professional union with Songtradr.

“This was yet another situation where they delivered a great land for us. We’re constantly creating new content, so I also think that keeps us front of mind for them as well,” he continued.

As mentioned, the process associated with green-lighting the Samsung placement – like the process that preceded composer Eric Dubois’s approving a sync deal with Tazo – was simple and straightforward, Allen indicated. Because Songtradr is fully integrated and many brands utilize the one-stop sync platform, it takes less time than ever for agreements to materialize.

“Because generally we’re working on other campaigns too, where we’re fully hands on,” proceeded Allen. “You see the spot – you hope it’s gonna be some nice art piece. Particularly with good messaging, something that’s nice for the portfolio and represents more of what we stand for, which is great messages and positivity.”

Samsung’s commercial about Dina Asher-Smith and the importance of mental fortitude certainly fits the bill, and the clear-cut positivity of Future Royalty’s music has resonated with fans – many of whom have found the group’s music in adverts and continued to listen on Spotify, where the act has north of 150,000 monthly listeners.

“Sometimes when the visibility is really high,” Allen said of sync placements’ broader impact, “we’ll see incredible spikes in our streaming, in the comments on YouTube – any number of things. It’s such a scary and great time to be in the music business because it’s never been more of the Wild West than it is now.

“There’s actually been a decent little fanbase growing from it,” he relayed of Future Royalty. “We’ve kept it pretty faceless and mysterious up until this point, and I think we like it that way. At some point, if we ever had a chance to take it to the next level, and felt like it was warranted to tour or do something on ‘a bigger stage,’ then we’d consider that.”

Needless to say, most every artist is looking to secure sync placements and bolster their presence on streaming services, and as a creator who’s managed to do both simultaneously, Allen appears uniquely qualified to provide valuable advice.

The Rabbit! co-founder emphasized on this front that creativity and outside-the-box thinking – not solely by-the-book planning, networking, and promotion – drive professional results.

“You can do anything – anything. Use the creativity that you use to create songs, infuse that into how you grow your career as a songwriter, as a musician. Because right now there’s never been a better time to do that. There are literally no rules,” he stated. “Like everything that turns out to be the most either profitable or successful, it always seems to start by happy accident or with literally no motive or expectation.

“You’d do anything to get more people to hear your music, and it’s this giant challenge,” he said of young artists, reflecting upon the beginning of his own career in music. “But it’s the things that you’re less tight-fisted about that sometimes seem to take on a life of their own. This [Future Royalty] is one of those situations. It’s been really fun, and it continues to grow as the catalog grows.

“If there’s any part of you that’s playing the victim game or the entitled game,” proceeded the veteran musician, “just drop it. You’re never gonna get where you want to go. Take responsibility and understand that you can create your future and you can create a path for yourself in this industry. You can use the creativity that innately drew you to being a music creator to find a way to make it work. And then rinse and repeat.”

That Allen has recorded noteworthy career accomplishments for decades running – with significant opportunities, like the Samsung placement, continuing to pour in – attests to the upside of prioritizing originality and one’s creative interests while pursuing professional success. Even as technology continues to revolutionize the way that fans enjoy music and brands license tracks, there’s something to be said for taking chances and embracing the inherent uncertainty that comes with innovation.

“I think it’s important to spend time – spend real time – unearthing and discovering what you’re best at, and also, what your purpose might be,” finished Allen. “I think that’s when the most magical stuff happens.”