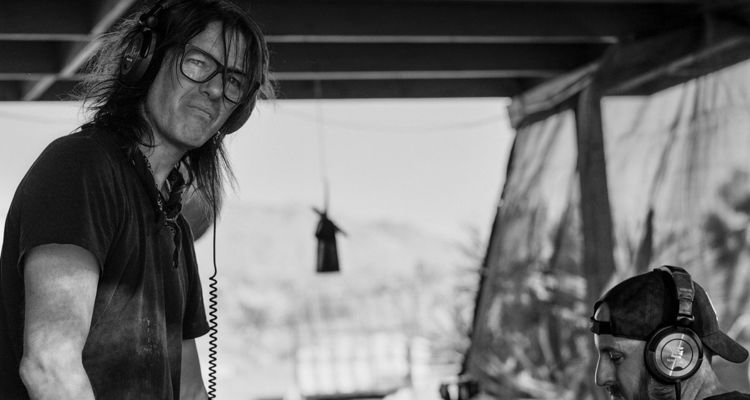 Finck is teaming up with veteran game developer Cory Davis to found Eyes Out. The team is already hard at work on their title, which remains a history. Davis says they want to take horror in new directions, with audio as a primary focus.

“We want to create mind-bending experiences that cause you to question reality,” Davis told Engadget in a recent interview. “That’s what we’re really excited about. We’re all fans of horror, but specifically this kind of – it’s a new and emerging space that doesn’t just sit within the extremely violent and dark and terrifying, but also reaches into the vibrant and even surprises you with moments of bliss or self-reflection. Horror really has a lot of room to grow.”

Guitarist Robin Finck became involved in the video game industry well before founding Eyes Out. He struck up a friendship with Devolver Digital co-founder Mike Wilson at Burning Man nearly six years ago.

Finck worked on the soundtrack for the game Noct, a top-down horror game published in 2015. After that project, Finck said his interest in the industry was piqued, and he began attending gaming conventions to connect with creators.

“I was just really inspired by people and their enthusiasm, the forward tech of it all, and the collision of art and music, design, agency, narrative, and also the experience of really becoming immersed in all of this,” Finck tells Engadget.

“It really feels like the most focused and the most highly attuned experience to imbibe this sort of storytelling. And that continues to turn me on. And this led me, fortunately enough for me, to meet Cory and his team as they were completing Here They Lie.”

Davis and Finck are working together to build a single-player experience built around music and tone. Most games start with a narrative story to tell or a visual style for focus. Eyes Out will focus on experimental audio horror.

It’s not a VR game, but it is designed with complete immersion in mind. Finck says it features creatures that behave strangely in response to generative audio cues. The team is playing with rhythm mechanics and how to introduce tension through sound.

“The type of horror that we’re building has a lot to do with when you go to sleep at night, the ones that are just around the corner and outside of our purview but exist,” Davis explains. “And the technology for building those types of soundscapes, the localized audio and reverb and the realism behind that.”