Nintendo Is Ripping Down YouTube Videos That Contain Its Game Soundtracks 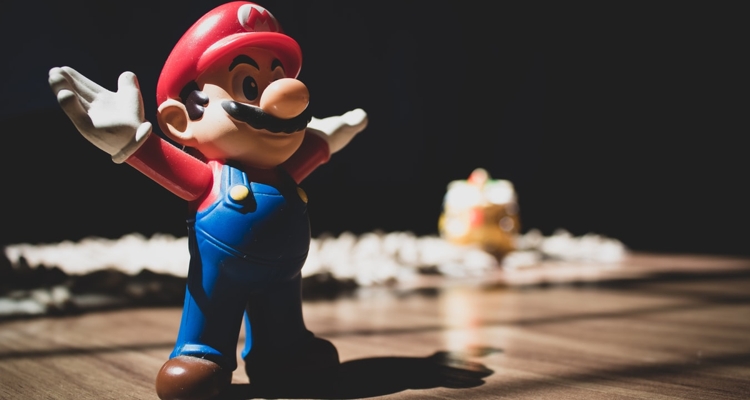 Nintendo is aggressively going after illegal music uploads on YouTube with copyright strikes.

Specifically, Nintendo headquarters in Japan appears to be issuing takedown notices for YouTube videos that feature its game soundtracks. The situation started in August 2019, when YouTuber Gilva Sunner saw hundreds of strikes issued against his channel. Nintendo has been systematically going through the channel to issue copyright strikes one-by-one.

Nintendo appears to be systematically blocking all of its soundtracks from appearing on YouTube — in any form. At this stage, it looks like Nintendo is going through each of its individual games, then blocking the corresponding music that appears on YouTube.

“115 videos in total blocked so far,” Silva tweeted in 2019. “They started manually with the most viewed content on the channel and are now going through the playlists one by one, I guess. Looking at the time of the claims, it seems these are coming from Japan HQ.”

Several other YouTube gaming channels were caught up in the Nintendo music copyright strikes. The BrawlBRSTMS3 channel voluntarily terminated its channel after receiving so many copyright claims. Nintendo has a Creators Program that partners with people to authorize the use of their content. But Nintendo shut that down and issued a new series of guidelines that are murky at best.

“Hi all, an update to this. As of a few hours ago, the soundtracks for Super Mario 64, Ocarina of Time, and Mario Kart Wii have been blocked in its entirety on YouTube by Nintendo JP. I’ll keep you posted if more claims come in,” Silva wrote on December 8th. 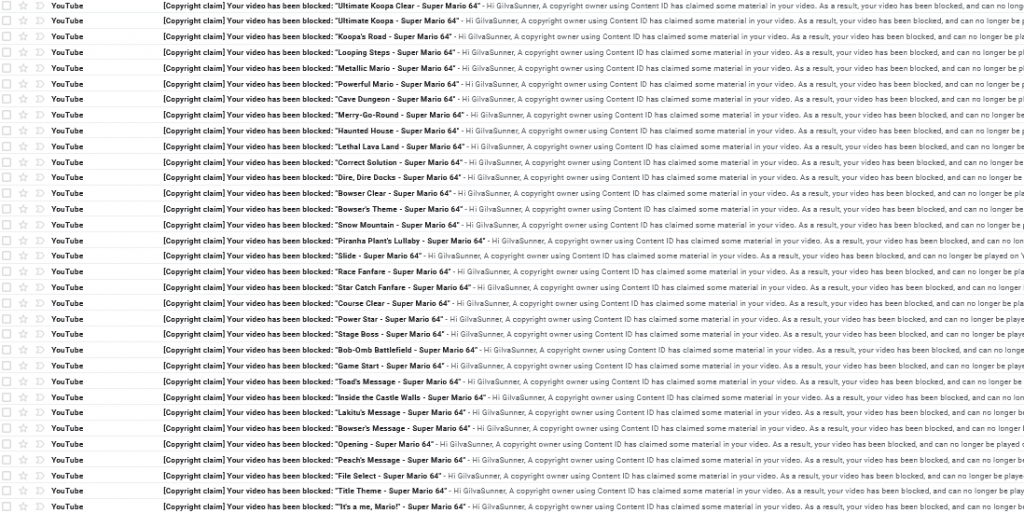 It’s a bit of an archaic approach to copyright enforcement, and Nintendo might be leaving money on the table. Nintendo has not made these tracks available in any official capacity – other than in the games themselves. There are no official Nintendo Music YouTube or Spotify channels to get your fix if you like listening to gaming music.

Gilva Sunner’s soundtrack channel was not monetized, so he was not profiting from it. But the uploads were not authorized by Nintendo and are therefore illegal music uploads that violate copyright laws.

It’s a pretty cut and dry case of copyright infringement, but it leaves gamers who like Nintendo music left out to dry when it comes to listening to their favorite tracks. Expect all those unofficial Nintendo music playlists on Spotify to also start disappearing soon.