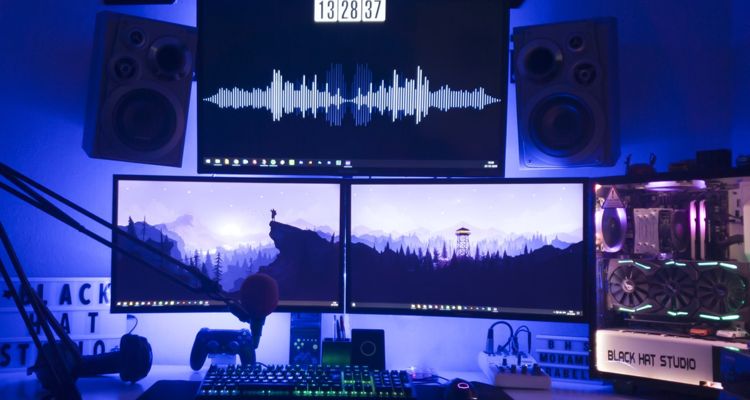 Twitch and the music industry clashed in 2020 over licensing streamed music. Now a deal has been struck, but streamers are unhappy.

Twitch received thousands upon thousands of DMCA notices in 2020, well documented by Digital Music News. The sheer amount of DMCA notices left many streamers fleeing the platform for other alternatives because their entire archives needed to be deleted for featuring licensed music.

After a year, Twitch has struck a deal with the National Music Publisher’s Association (NMPA).

“As part of this agreement, we want to let you know about a new process that we are creating that participating music rights holders can opt into to report certain uses of their music, which is more flexible and forgiving to creators who inadvertently or incidentally use music in their streams than the existing process required under the DMCA and similar global laws,” Twitch wrote to its creators in an email.

“This new process does not change how music can be used on Twitch. As we’ve said consistently, it’s never okay to include music in your channel unless you’ve secured the necessary rights or have the authority to do so,” the email continues.

Twitch has taken a strict stance against streamers who run afoul of DMCA policies repeatedly. It has adopted a three-strikes policy, where channels were at risk of being permanently banned for just a few offenses. That’s because the DMCA law requires platform companies to remove offending content upon receiving notice from content holders immediately.

While many streamers were happily engaging in playing Spotify playlists with their chats, sometimes legitimate uses run afoul of DMCA. Cyberpunk 2077 implemented a streamer-friendly mode in its options to cut all music to which developer CD Projekt RED did not hold the license.

The Grand Theft Auto series is consistently one of the most popular games streamed on the Twitch platform and it features many fictional radio stations with real, licensed music. However, streamers who play the GTA games for their audience don’t have the right to play those songs.

Then the streamer is issued a warning for using copyrighted music. Twitch may penalize streamers who repeatedly abuse streaming music “depending on the creator’s history of that kind of music use.”

But streamers say the changes do nothing to protect them. “Nothing has changed yet, says Harris Heller, creator of StreamBeats. “No rights have been secured, you still can’t listen to music without a license. Make sure you protect yourself and only listen to safe music,” Heller advised fellow streamers.