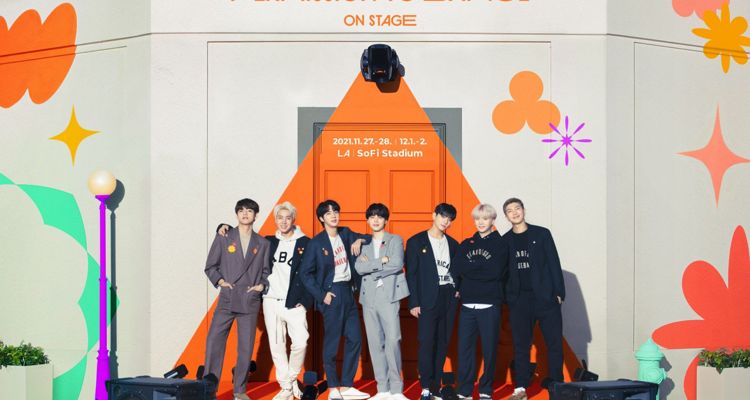 BTS have announced four dates at SoFi Stadium for “BTS Permission to Dance on Stage.”

The concert will mark the first in-person show since 2019’s BTS World Tour ‘Love Yourself: Speak Yourself.’ The megastars will perform four nights at Los Angeles’ SoFi Stadium, starting November 27, November 28, December 1 and December 2. Tickets for the additional dates will go on sale October 9, with several presale options available.

Fans who purchased VIP tickets for the canceled Map of the Soul Tour have first dibs on those presale tickets. Early access starts October 5 for those fans, with other ticketholders getting access on October 6. October 8 and 9 will see general BTS Fanclub Army membership sales.

BTS also opened Global Citizen Live with a performance of “Permission to Dance.” Now the group is scheduling four nights in LA at SoFi Stadium.

The group also made an appearance during Coldplay’s Global Citizen Live set for “My Universe.” The collaborative track dropped last week with two alternate versions. That song will also appear on Coldplay’s Music of the Spheres LP, dropping October 15.

Looking to snag tickets to the upcoming BTS Permission to Dance on Stage event? Fans and ticketholders to the canceled tour will have early access to purchase their tickets for the event. Here’s a short schedule to see when you can purchase your tickets to BTS in LA.

BTS officially postponed its Map of the Soul Tour in August 2021, “due to changing circumstances beyond our control” according to the announcement. The North American leg of the tour was postponed in March 2020 as the coronavirus pandemic swept the nation. Rescheduled dates weren’t possible and the group decided to nix the tour entirely with a formal cancellation.