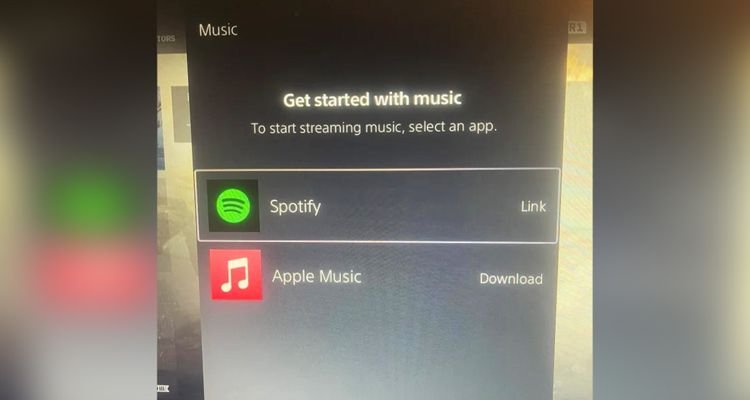 Apple Music appears to be coming to gaming consoles. Images of the app on PS5 appear on social media.

Apple’s website has also been updated to include a reference to “gaming consoles.” That update comes less than a week after the PS5 update was spotted and posted to social media. The app was not downloadable, but a prompt between Spotify and Apple Music can be seen.

So which gaming consoles will support Apple Music? It’s unclear at this point, but it’s likely that the PS5 and Xbox Series X|S will be the prime targets. Apple TV is already available on older generation consoles like the PS4 and Xbox One, so those may be included too.

The big picture interface for Apple Music on Apple TV and smart TVs will likely translate to the gaming console version. What’s unclear is whether Apple Music will support background streaming like the Spotify app. Currently, gamers can put on their favorite Spotify tracks and listen while playing games with audio from both sources.

Many gamers keep their Spotify subscriptions for ad-free music listening on their console. Apple Music would become the second music streaming service with an app, which may convert some gamers who are already embedded in the iOS ecosystem.

Apple Music and Spotify on gaming consoles may open the flood gates for other music streaming services.

YouTube is the only other service that has an app readily available on consoles. But you can’t listen to music on the YouTube app and keep playing your favorite games. If Amazon Music Unlimited, YouTube Music, Deezer, and other competitors start releasing console apps – then Spotify is no longer the dominant music streaming service for those who love to play games.

We’ll see more of this as the world of tech and the music industry continue to entwine. It’s why Apple Music is no longer exclusive to Apple-only devices – Android users are now welcome. Gaming consoles will soon join the flock of available Apple Music devices.