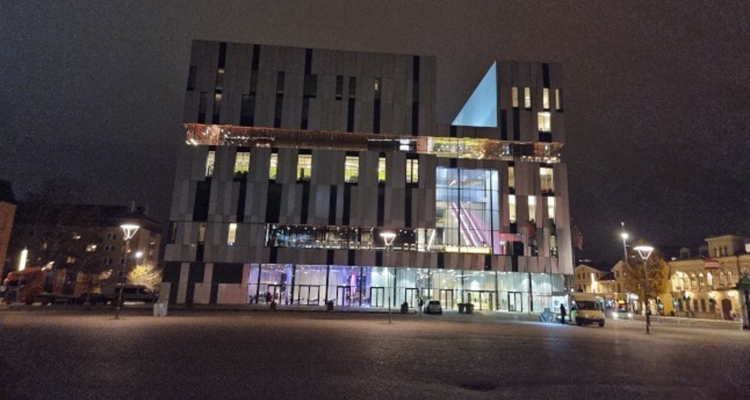 Two men have died after one man fell seven stories onto another man at an ABBA tribute concert.

The Uppsala Concert & Congress Hall was hosting the ABBA tribute concert. Around 1,000 people gathered to hear covers of songs from Björn Ulvaeus and Benny Andersson. Local police confirm they received a call about someone “either having fallen or jumped” from inside the concert hall.

The concert hall has an open space in the foyer and the person who fell hit another man on the way down. The man who fell was in his 80s and the man who was hit was in his 60s – both men died. Police initially reported that a third person was injured, but retracted that statement early Wednesday morning.

After the incident, police closed off the concert hall to interview witnesses. The incident occurred before 7 pm as people were arriving for the concert which was to begin at 7:30 pm local time. The ABBA tribute concert was cancelled after the deaths.

“The picture that is emerging is that it was an accident that caused the man to fall. Nothing indicates that he wanted to injure other people,” police spokesperson Johan Thalberg told local Swedish press. MTLive, the company that organized the show, apologized for the cancellation of the event on their Facebook page.

“Unfortunately we have to announce that a terrible event has happened. What we know is that someone jumped or fell high in the arena and hit other people,” the MTLive post reads. “Right now we don’t know much more, everyone is in shock.”

The incident happened just days before ABBA will release their first new album in 40 years.

The Swedish quartet has sold more than 380 million albums and just as many years. It’s an unfortunate way to kick off a new round of Abbamania for the group’s home country.