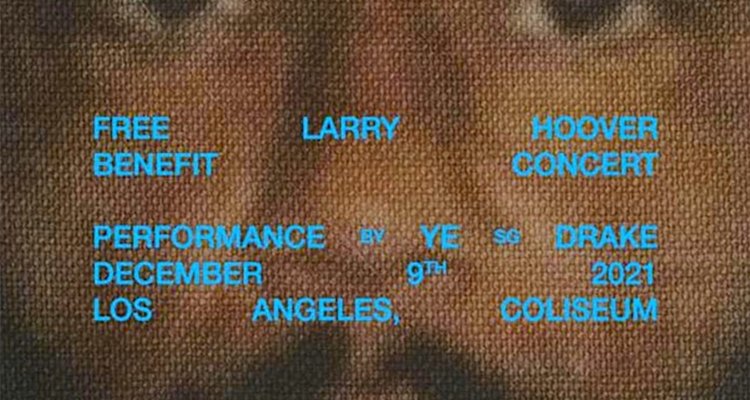 The Kanye and Drake beef is over as the two rappers team up for a benefit concert in Los Angeles.

Kanye West is hosting the one-night benefit concert on December 9 at the L.A. Coliseum. ‘Free Larry Hoover’ will feature Drake and the two rappers will quash their beef during the concert. Kanye says the concert is to raise awareness and support for Larry Hoover and prison and sentencing reform.

Hoover is the co-founder of the Gangster Disciples and was found guilty of murder and other charges in 1997. He is currently serving six life sentences, but Kanye has focused his prison reform efforts on Hoover’s case. In 2018, the rapper asked then President Donald Trump to grant clemency to Hoover.

“I believe this event will not only bring awareness to our cause but prove to people everywhere how much more we can accomplish when we lay our pride aside and come together,” Kanye said in a statement.

The ‘Free Larry Hoover’ concert will be Kanye’s first concert show in five years. It will also be Drake’s first show after what happened at Astroworld earlier this month. Drake is facing a mountain of lawsuits alongside Travis Scott, Live Nation, and other event organizers and security services.

Draken and Kanye’s last official collaboration was “Glow,” released in 2017.

Larry Hoover Jr. appeared on Kanye’s Donda album in the track “Jesus Lord” to speak about his father. Hoover Jr. spoke to TMZ and asked Drake and Kanye to end the beef. “This would be big. This is like Michael Jackson and Prince, the one we’d never seen, and it’s gonna be a ripple effect. We need togetherness and peace in this hip-hop community,” Hoover Jr. said during that interview.

The Kanye and Drake beef has kept the tea flowing on Twitter, especially after Kanye appeared on an episode of the Drink Champs podcast. In that interview, Kanye blamed Drake for instigating their bad blood and that he would ‘absolutely’ do a Verzuz battle against Drake.