Are Wired Earphones Making a Comeback? 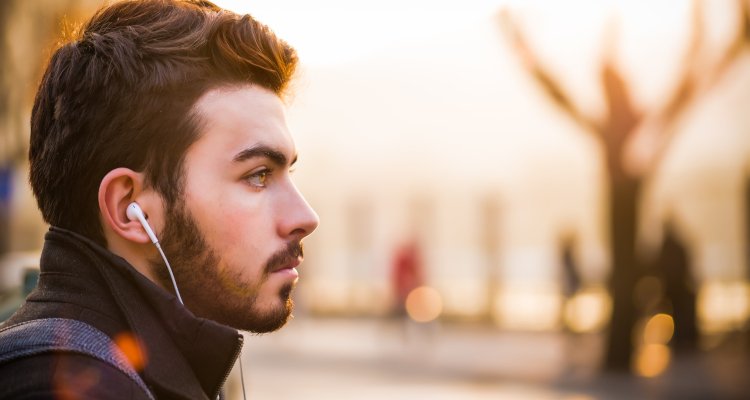 Despite the widespread availability (and popularity) of wireless headphones, some music fans are opting to use wired earphones – prompting observers to speculate that the wire-equipped variation could be poised to make a largescale comeback.

Wired earphones’ resurgence appeared to enter the media spotlight earlier this month, following a Wall Street Journal report on the subject. More than a few social-media commentators then weighed in on (and backed) the move away from wireless, which, many have highlighted, has received several unofficial endorsements from celebrities who have been photographed using wired headphones to enjoy audio entertainment.

Purchasing wired earphones, proponents have relayed, is a matter of keeping up with ongoing trends and avoiding projecting the stereotypical image of wireless-headphone wearers in the business and tech sectors. Others have emphasized that the products, more than their wireless counterparts, cause users to look busy and, in turn, less approachable while on the go.

Moving past the (debatable) social impact of dawning wired earphones and towards the clear-cut financial perks of doing so, different advocates yet have pointed out that wireless is decidedly more expensive than wired.

“Good on them,” one such social-media accountholder said of those who are bringing back wired earphones. “I used corded headphones because I have a finite amount of money, and paying for them to not have a cord seems like an absolute waste.”

Apple (NASDAQ: AAPL) in the fourth quarter of its fiscal year (covering the three months ending on September 25th) generated a staggering $8.79 billion from “wearables, home and accessories” – including AirPods. Though the Cupertino-headquartered company is selling third-generation AirPods for $179 online – compared to $249 for a pair of AirPods Pro earbuds and $549 for the AirPods Max – corded EarPods are listed for $19 (with free shipping).

Of course, non-Apple users can secure similar savings by embracing wired earphones on their own devices – and avoiding the recharging-related hassles of wireless units, it’s worth noting. During the approaching months and years, it’ll be interesting to see whether wired earphones can regain their previous position in the market, possibly benefiting from quality improvements (audio and otherwise) along the way.

Expanding upon the point, several noteworthy resurgences are ongoing in the music space, the most conspicuous of which is vinyl’s nearly two decades of consecutive sales growth. This growth’s corresponding fan demand, in coordination with supply and shipping issues, has created something of a vinyl shortage, however. For example, the most expensive 30th anniversary edition of Nirvana’s Nevermind won’t be shipped out until next summer.

Bearing in mind vinyl’s current manufacturing delays and heightened production costs, some creators are assuaging fans’ desire for physical releases with CDs and even cassettes. In one of many testaments to the latter format’s own years-running comeback, Discogs recently revealed that north of one million cassette tapes have been listed for sale on its marketplace in 2021 – up from 606,000 through all of 2020.