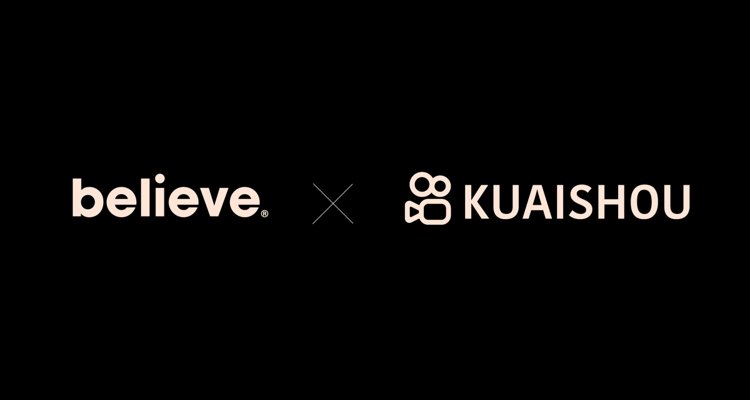 Six months after a deal with WMG, China’s Kuaishou has inked a global licensing agreement with Believe and TuneCore.

Kuaishou is a short-form video platform that rivals ByteDance’s TikTok. The deal with Believe will cover the use of 60-second clips of music for user-generated content on the Kuaishou app. Believe says deals like this give it access to cutting-edge platforms and “confirms its capacity to be one of the first players to sign licensing deals with them, giving artists a truly global reach.”

Kuaishou reportedly negotiated a $2 billion investment from Tencent in 2019. Since then, the company has been building its short-form video app in China to rival TikTok elsewhere in the globe. The app’s footprint has expanded into several different territories under different names as well. It is called Kwai in South Asia, while it is branded SnackVideo in Southeast Asia.

Kuaishou achieved one billion monthly users across the globe in June 2021. 180 million of those users are outside of China, and the company is looking to grow the number of active users rapidly. Sales for the app have risen 33.4% to $3.23 billion in Q3 2021.

“We are dedicated to providing a better experience for our global users while empowering talented artists and creators. A partnership with Believe and TuneCore can certainly help us to achieve that.”

Gideon Mountford, Head of Digital Retail at Believe, says the company is excited to be an early partner for Kuaishou’s growth.

“Believe and TuneCore are excited to be an early partner of Kuaishou as they expand into more territories, resulting in our artists and creators benefitting from early-stage monetization and marketing on the platform to build new audiences. We look forward to working with Kuaishou to give our artists and creators new and innovative ways of reaching both existing fans and new fans.”