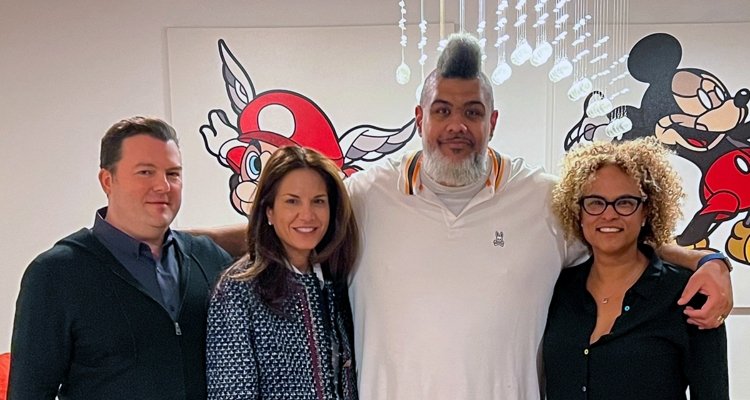 The deal includes all of Felder’s future works and expands on a joint venture established in 2017. Reservoir signed his songwriting and producing collective, The Orphanage, which includes Trevor Brown, Zaire Koalo, and Keith ‘Ten4’ Sorrells.

Felder is a two-time BMI top producer and first rose to prominence as part of the production duo, Pop & Oak. The group was formed in 2009 with Philly-based producer Andrew ‘Pop’ Wansel. Together, the duo helped pen the platinum-selling Nicki Minaj single, “Your Love.” They also helped write for Alessia Cara’s debut album Know-It-All.

Felder took home another BMI Pop Award in 2019 for co-writing and co-producing “Sorry Not Sorry” by Demi Lovato. Felder has collabed with Lovato on seven tracks off of her 2021 album, Dancing With the Devil… The Art of Starting Over.

Felder also co-wrote and produced songs on John Legend’s album Bigger Love and the soundtrack for The United States vs. Billie Holiday. Felder is often considered one of R&B’s most important producers as he has crafted his for many top-tier artists. Rihanna, Ariana Grande, Jennifer Lopez, The Chainsmokers, Lizzo, Kehlani, Miguel, Trey Songz, and many more have all benefitted from his writing and production work.

“I am so glad to continue this journey in a new way with an amazing team of dedicated, hardworking, creative, and impressive people,” Felder says. “Reservoir has already been a fantastic partner for helping to grow my publishing company, and I’m looking forward to putting even more awards on the walls with them.”

Reservoir Executive Vice President, Global Creative Director Donna Caseine also praised Felder. “Oak has been a member of the Reservoir family for several years now, through our joint venture, and we could not be happier to deepen that relationship and officially bring him into the fold as a talent on the roster. As we expand our business, one of our goals is to represent creative talents who are at the top of their game and the very best at what they do, and that is Oak.”