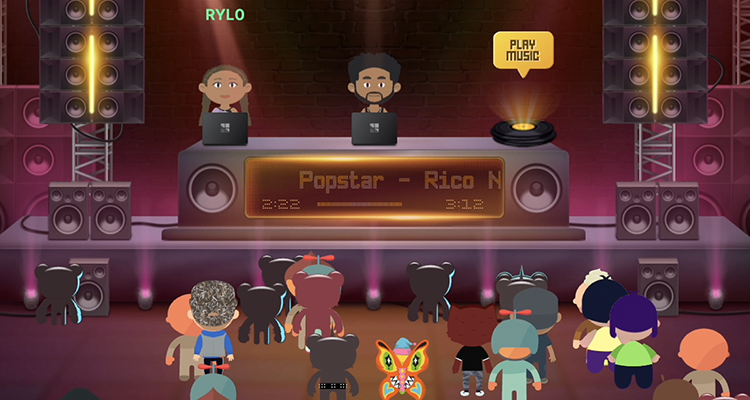 Last year, we profiled the emerging Turntable (tt.live), the modern-day reincarnation of the once high-flying DJ platform.

Now, the beta–stage app – founded by 2011 Turntable co-founder Joseph Perla – is hosting shows with artists and playlist curators to reach the music industry.

As the virtual music space explodes, tt.live is aiming to construct the ultimate virtual hangout for artists and music fans. Dubbed ‘Turntable Presents,’ the curated shows are quickly amassing artists and followers.

Leading the charge are prominent playlist curators such as The Luna Collective and Juicebox Collective, who are premiering their newly updated playlists on Turntable every week while engaging with listeners and answering questions live. Scores of others are also jumping on board, with Turntable quickly becoming a virtual hangout for debuting unreleased music, premiering playlist updates, and sharing songs on the fly.

“Organizing events where artists and playlist curators share music LIVE has had a profoundly positive impact on fan engagement,” tt.live Creative Director Amanda Levensohn relayed. “It’s an empowering feeling to listen to music with your friends while interacting with the creator or curator.”

Over 100 curated events have already taken place on tt.live.

Turntable has hosted shows with DJs such as Petal Supply, who recently ranked on NPR’s ‘Favorite Songs of 2021,’ and Lucas Lex, who boasts more than 700,000 monthly listeners across streaming platforms.

“tt.live has opened my eyes to new creative possibilities in this ever-changing digital landscape,” said artist Lucas Lex. “I feel more connected with my audience when I play shows on Turntable than I normally do with other online shows, and have more fun as well. The tight-knit community that Turntable has created means that I can interact with my fans in a way I’ve never been able to before.”

In addition to curated events, the fun of tt.live lies in its varied dancefloors, which feature virtual DJs and audiences bobbing their heads to tunes. It’s a virtual party in which a few people DJ and the rest listen, while also voting on songs and chatting if they choose. 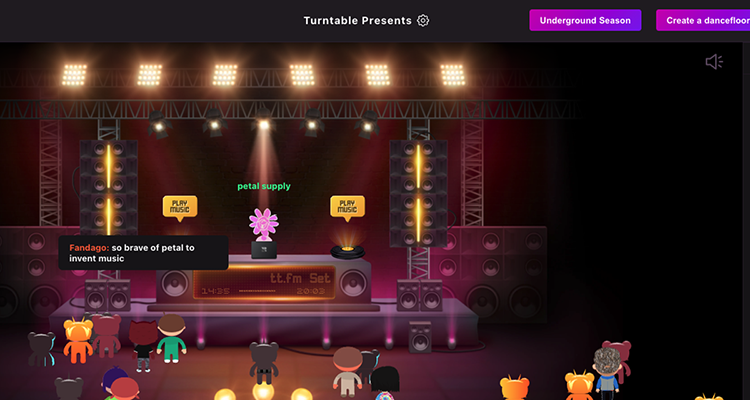 It’s worth offering a brief history on the rise — and glorious fall— of the old Turntable in the early 2010s.

Despite an impressive blowup in users and popularity, as well as investments from the likes of Lady Gaga and Union Square Ventures, Turntable was forced to self-terminate in 2014. Major label licensing was perhaps the biggest problem, though a maze of legalities and profitability problems also cut the party short.

Fast-forward to the early 2020s, and a rebirthed tt.live is quickly growing legs. Perla felt his vision was universally fun but simply ahead of its time, so he re-coded the idea for a mature app ecosystem that ties into existing (and similarly mature) streaming services like SoundCloud, Spotify, Apple Music, and YouTube.

The tt.live ‘2.0’ is gaining serious traction with hundreds of curators and artist shows. That number is likely to grow with a greater focus on artist-fueled dancefloors. Several emerging curators, blogs, and artists are already preparing to blow up rooms, including Hadji Gaviota and Maki Adams. Here’s a quick rundown of the upcoming curator sessions on the slate: