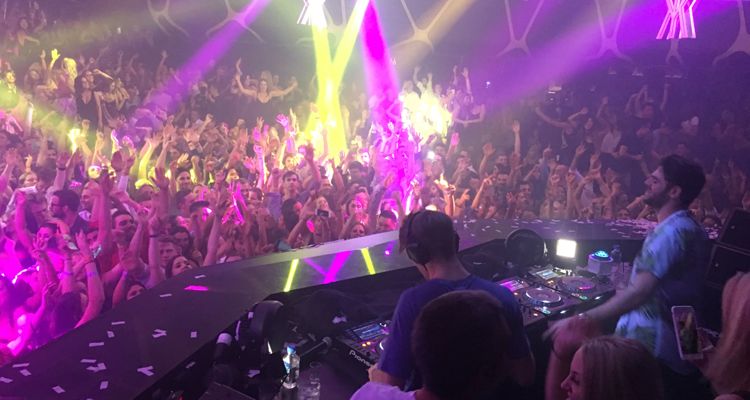 The Chainsmokers will host a ‘tailgate party’ on TikTok before Super Bowl LVI.

The NFL is partnering with TikTok for the second year in a row to celebrate the big game. Fans watching across the world can watch on TikTok starting at 2:55 PM ET or 11:55 AM PT for an hour of live programming featuring special guests. TikTok creators, live musical performances, and NFL hosts will all feature.

Portions of the Chainsmokers’ performance will be televised in the NBC Super Bowl LVI Pregame Show. The Chainsmokers have gained over 2.2 million fans on TikTok. The duo have been using their TikTok profile to celebrate the release of their new single, “High.”

“It was an honor to perform our single ‘High’ for the first time in our hometown stadium at halftime of the NFC Championship. We are so excited to be returning once again to the SoFi Stadium campus to headline the NFL TikTok Tailgate on Sunday before Super Bowl LVI!,” says The Chainsmokers. “After two years off the map, we couldn’t be more grateful to the NFL for this opportunity. We can’t wait to see you there.”

The Chainsmokers duo consists of Alex Pall and Drew Taggart. Their breakthrough happened in 2016 with their hits “Roses,” “Don’t Let Me Down,” and “Closer.” Following a two-year hiatus, the duo is now prepping for the release of their fourth full-length album.

The duo has been highly popular on TikTok as fans create videos soundtracked by their hits. More than 900,000 video creations feature a snippet of “Closer,” while “Don’t Let Me Down” has inspired over 250,000 short-form videos on the platform. It highlights just how important TikTok has become to making a viral hit, too.

Meanwhile, Facebook is hoping you’ll join Dave Grohl and the Foo Fighters for a VR concert after the big game. That concert is also free and will be airing on Facebook and Instagram in addition to the Horizon Venues app on Meta Quest VR devices.