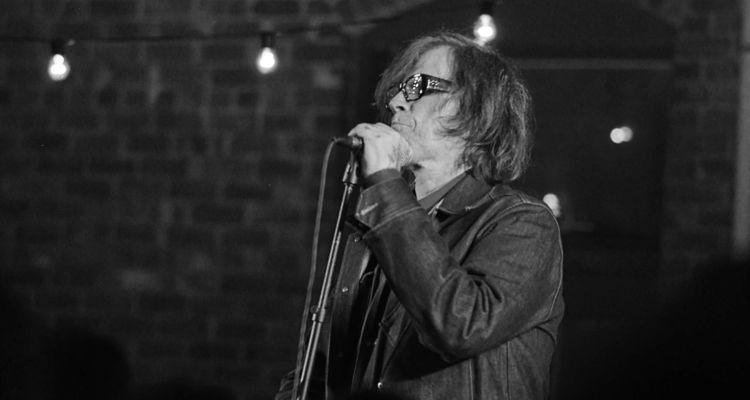 The lead singer for the Screaming Trees, Mark Lanegan, has died. He was only 57.

A statement on Lanegan’s Twitter account revealed the singer’s death. “Our beloved friend Mark Lanegan passed away this morning at his home in Killarney, Ireland,” the statement begins. “A beloved singer, songwriter, author, and musician. He was 57 and is survived by his wife, Shelley.” There was no cause of death given.

Mark Lanegan is best-known for his gravelly voice, which found him working with many grunge greats. Lanegan worked with Queens of the Stone Age, Mad Season, Kurt Cobain, Greg Dulli, and many others. Lanegan was born in Ellensburg, Washington, in 1964 and co-founded the band Screaming Trees with guitarist Gary Lee Conner, bassist Van Conner, and drummer Mark Pickerel.

Mark Lanegan’s most well-known works are those he did with other grunge and punk stars, though.

In 1989, Lanegan, Kurt Cobain, Krist Novoselic, and Mark Pickerel recorded an EP of Lead Belly covers under the band name, The Jury. He also made extensive vocal and lyrical contributions to the 1995 Mad Season album, Above. Lanegan briefly served as the lead singer of Mad Season, though they never recorded an album as the newly formed Disinformation.

Mark Lanegan revealed he contracted a severe case of COVID-19 in 2021. He was in a coma for a month and spent several days in the hospital afterward. He detailed the experience in a memoir titled Devil In A Coma, which was released in December 2021.