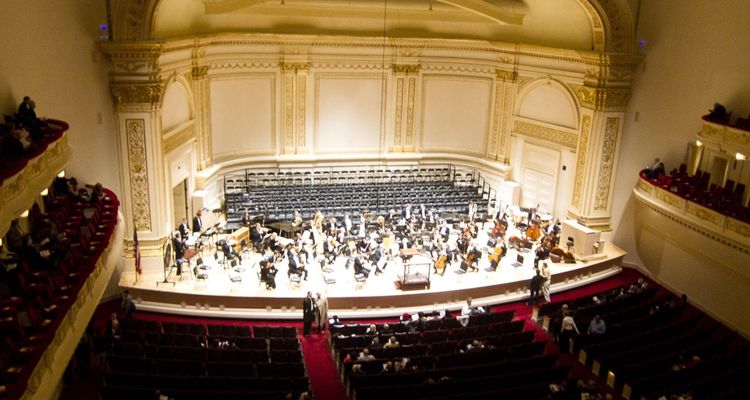 The Russian invasion of Ukraine is having a spillover effect in the classical music world. Conductor Valery Gergiev is facing blackouts over his close ties to Russian President Vladimir Putin.

According to reports, Gergiev conducted Tchaikovsky’s opera, “The Queen of Spades” on Wednesday evening in Milan. The crowd lightly booed him after the performance, according to the Italian press.

Milan Mayor Giuseppe Sala asked Valery Gergiev to publicly condemn Russia’s invasion of Ukraine – or face the consequences for his silence. “We are asking him to take a clear position against this invasion, and in the case in which he doesn’t do it, we are constrained to renounce the collaboration,” Sala says. “It is clear that the culture can go on other levels, but in front of such a situation, we need to act.”

Valery Gergiev’s next scheduled engagement was at La Scala on March 5, but Variety confirmed that the event is canceled.

Meanwhile, Carnegie Hall announced the Russian conductor would not be leading the Vienna Philharmonic in a five-date U.S. tour. That tour was slated to kick-off at Carnegie Hall today. “This change was made due to recent world events,” Carnegie Hall spokesperson Synneve Carlino told the Associated Press.

Both Carnegie Hall and the Vienna Philharmonic have announced that Russian pianist Denis Matsuev will also not be performing. Metropolitan Opera music director Yannick Nézet-Séguin is replacing Gergiev. The replacement for Matsuev has not been announced.

Valery Gergiev is a well-known supporter of Putin. He is the music director of the Mariinsky Theatre in St. Petersburg and of the White Nights Festival. The conductors has had close ties to Putin since the early ’90s when the Russian president was beginning his political career.

Gergiev has supported Putin’s actions on many occasions. In 2012, he appeared in a TV ad for Putin’s presidential campaign. In 2014, he signed a petition supporting the annexation of Crimea. And later in 2016, he conducted a concert in the Syrian city of Palmyra, shortly after Russian airstrikes took place.