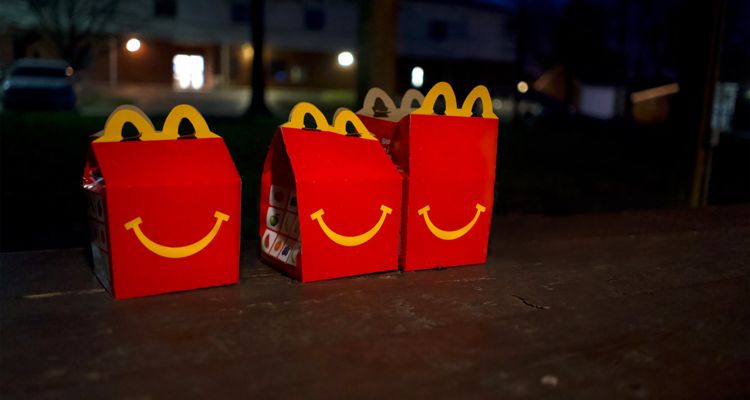 Pusha T is beefing with McDonald’s over the ‘I’m lovin’ It’ jingle with a new diss track sponsored by Arby’s.

McDonald’s famously used the ‘ba da ba ba ba’ tune in 2003 with Justin Timberlake singing the hook while Pusha T raps. Pharrell Williams, Tom Batoy, Franco Tortora, and Andreas Forberger received credit for writing the tune. But in 2016, marketing CEO Steve Stoute says that Pusha T and his brother No Malice are the authors of that famous ditty.

The marketing campaign is the longest-running in the company’s history, and Pusha T ‘only’ made $500,000 for his tune. It’s something the rapper has regretted more with each passing year.

“I did it as a very young age at a very young time in my career where I wasn’t asking for as much money and ownership,” the rapper told Rolling Stone. “It’s something that has always dug at me later in life, like ‘Dammit, I was part of this and I should have more stake.'”

“It was like a half a million, or a million dollars for me and my brother, but that’s peanuts for as long as it’s been running,” the rapper continues. “I had to get that energy off me, and this ad was the perfect way to get that energy like, ‘you know what? I’m over it.'”

Pusha T’s new track is called ‘Spicy Fish Diss,” and he puts McDonald’s filet-o-fish on notice. “Filet-o-fish is shit/ And you should be disgusted/ How dare you sell a square fish/ And ask us to trust it?” Pusha T raps. His business deal with Arby’s has gone a sight better than that with McDonald’s, too.

In 2018, Arby’s licensed the Yogi and Skrillex song “Burial,” which features the rapper. His voice never appears in the ‘We Have the Meats’ campaign, but Pusha T confirms to Rolling Stone that he owns 40% of the track and gets paid royalties every time the ad airs to this day.

“I had a lot of obscure collaborations in the EDM space,” Pusha T says. “For whatever reason, a lot of EDM acts felt my voice cut through the chaos and intensity of the music. I’ve always been known for hardcore raps, but a big part of my business has always been the sync business.”