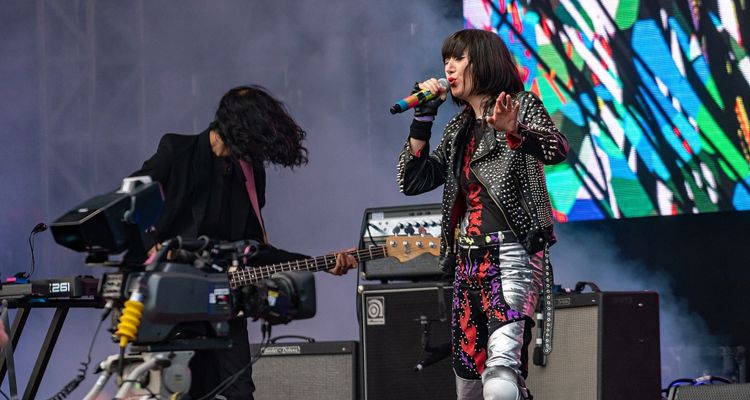 Yeah Yeah Yeahs have signed to indie label Secretly Canadian, with a promise for new music arriving this fall.

The New York trio has also announced a list of tour dates, including shows in New York and Los Angeles. Their October 1 show at New York’s Forest Hills Stadium will feature the Linda Lindas, who will also be joining them at the October 6 Hollywood Bowl show. Japanese Breakfast will be joining them on October 6 as well.

“It is with true life affirming pleasure to announce our two headline shows in our two hometowns NYC AND LA supported by two wildly gifted bands Japanese Breakfast and the Linda Lindas at the Hollywood Bowl, with the Linda Lindas supporting in Forest Hills and our other support TBA soon!” Yeah Yeah Yeahs’ Karen O said. “Representin’ a few generations yo! Cannot wait to see you there! New music! New Era! And New Home with Secretly Canadian! Much to celebrate!”

While they haven’t released new music since Mosquito in 2013, the group promises to play new material at the shows.

Yeah Yeah Yeahs will also be accompanied by English Teacher at their Manchester show, Dry Cleaning and Anika at the first of the two London shows, and Anika again along with Porridge Radio at the second London performance. Wet Leg will join Yeah Yeah Yeahs for the Australian leg of the tour. The Linda Lindas will join in for both US dates, while Japanese Breakfast will play at the Hollywood Bowl show.

To date, Yeah Yeah Yeahs have released four studio albums. Their first, Fever to Tell, was released in 2003. Their sound has been called a post-punk Siouxsie and the Banshees mashup. Secretly Canadian was founded in 1996 in Bloomington, Indiana, and is part of Secretly Group.