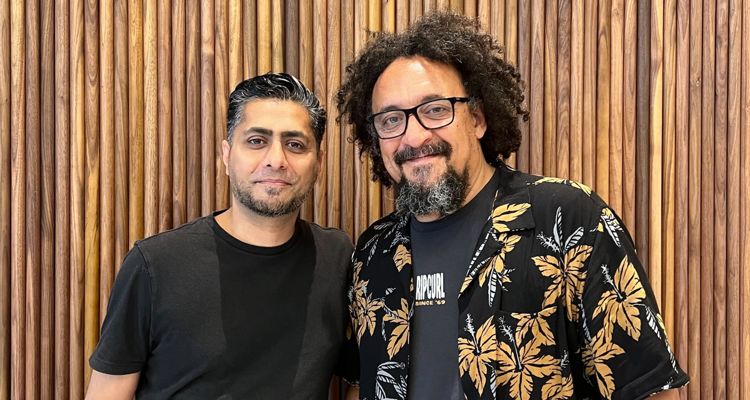 Reservoir Media and PopArabia have announced two new deals. They include the signing of Egyptian rapper Mohamed Ramadan and the acquisition of Egyptian label 100COPIES.

The two new deals mark Reservoir’s continued strategy of growing its presence in emerging markets. Mohamed Ramadan is considered a household name in the MENA region as both a film actor and musical star. In 2019 he was crowned the Most Popular Artist in AFrica by the All Africa Music Awards.

To date, Ramadan has amassed over 4.65 billion views on YouTube. He has over one million monthly listeners on Spotify and has cultivated a strong fanbase in Africa. He is currently working on new material which features collaborations with international artists and producers.

“I’m very happy to be entering this new deal with Reservoir and PopArabia. I look forward to reaching next levels together,” Mohamed Ramadan says about the deal.

Meanwhile, 100COPIES was founded in 2006 by Cairo-based producer Mahmoud Refaat (pictured, right). The label is an early champion of the Egyptian musical genre Mahraganat, which emerged in 2011. The label made early investments in the genre, which mixes Arabic rap with electronic music and traditional Egyptian elements. Breakout duo El Sawareekh’s track “Laa” has generated over 100 million views on YouTube.

“We look forward to further solidifying Reservoir as an influential player in these markets and simultaneously fulfilling our commitment to facilitate the movement and cultural impact of Eastern talent in the West,” Khosrowshahi adds.

“It’s really gratifying to see the goals of our Reservoir and PopArabia partnership continuing to come to fruition through these new deals across regional talent,” adds Spek, PopArabia Founder and Reservoir EVP of International and Emerging Markets (pictured, left).

“In particular, Egyptian artists have long been a driving force in Arabic popular music; the deals with Mohamed and 100COPIES offer important opportunities for PopArabia. We will continue executing its regional strategy by establishing our footprint as a major player in Arabic music, investing in catalogs and talent, and taking this music to all corners of the globe,” adds Spek.