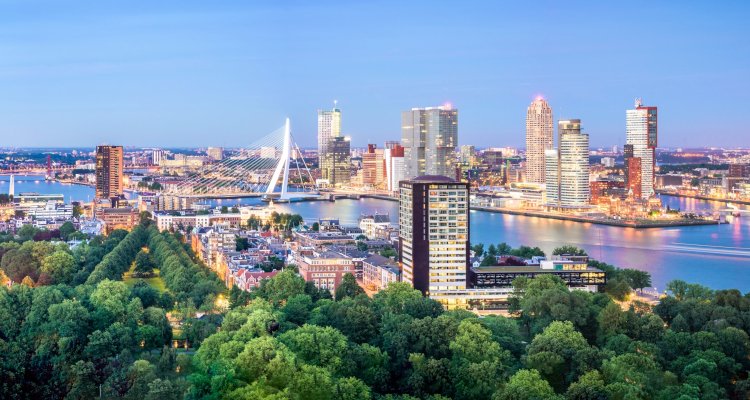 Rotterdam, Netherlands, where Voicy is based. Photo Credit: Dimitry Anikin

Audio-focused content platform Voicy has announced the completion of a €1.2 million ($1.27 million at the present exchange rate) pre-seed round that drew support from execs at Spotify, Deezer, Snapchat, Twitch, and more.

Rotterdam-headquartered Voicy unveiled the over $1.2 million raise today. Founded in October of 2020, the service affords users access to all manner of soundbites (as well as sound effects) and aims “to do for sound clips what GIPHY has done for GIFs,” according to higher-ups.

The startup currently boasts 1.1 million “active users,” execs disclosed, besides a library of “125,000 unique sounds” that rack up an average of 35 million total plays each month. Moreover, the emerging company has made clear that there are two sides to its operations, one involving the sharing and use of the mentioned sounds, the other centering on “instant integration with consumer apps and social platforms.”

Voicy intends to use the capital to bring on additional team members, bolster its “partnership network,” and expand across the U.S. and Europe, company officials disclosed.

“We believe that audio memes will become the next big thing in social media and will play especially a vital role in the future of communication within streaming and gaming applications,” the former Newion Partners VC analyst Kanon said in part. “When sharing our vision with investors, we always got the same question: Why doesn’t this exist yet? Voicy enables users to express themselves in a completely new way.”

And in a statement of his own, Global Founders Capital partner (and Rocket Internet board member) Soheil Mirpour acknowledged the purported “massive amount of potential for short audio in social communication.”

“There’s a massive amount of potential for short audio in social communication,” Mirpour said in part. “A Discord user spends on average 285 minutes a day in a Discord voice chat, people share 7 billion voice messages per day on Whatsapp alone and billions of people use short audio in their Tiktok or Instagram videos. Voicy brings a new concept to the table, which is ready to disrupt an enormous market – we knew we had to invest.”