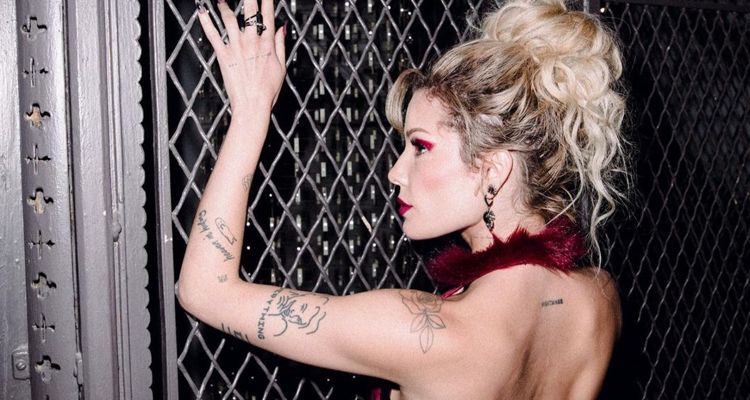 Halsey covers Kate Bush’s “Running Up That Hill” at Governors Ball, leaving fans wondering if a studio version is coming.

As a headliner for Saturday’s lineup at the 2022 Governors Ball, Halsey surprised fans with a cover of Kate Bush’s 1985 hit “Running Up That Hill.” Twitter user ATOMICBLONDIE posted a video of the performance, which Halsey then retweeted.

“Truly wish I wrote this song more than anything in the world I’m soooo happy it’s having this resurgence,” Halsey’s tweet says. “I knew immediately I wanted to do this.”

Fans on Twitter speculate if Halsey’s cover of the song will lead to an official studio version; Kim Petras recently covered the song in an Amazon-exclusive release, beginning the trend of new versions of Kate Bush’s 1985 song.

Kate Bush has soared in popularity since the song featured heavily in the latest season of Netflix’s supernatural love letter to the 1980s, Stranger Things. Although the song initially did well in the UK, “Running Up That Hill” is Kate Bush’s first US top 10 hit and the second-most played song globally across multiple platforms. Chartmetric reports that Kate Bush is currently the top 7th artist in the UK, the top 6th rock artist, and the top 3rd alternative artist overall.

Pleased with the song’s recognition 37 years after its release, Kate Bush posted a statement expressing her excitement on her website. “Running Up That Hill” originally appeared on Bush’s critically acclaimed fifth studio album, Hounds of Love, which she self-produced.

As Kate Bush enjoys time in the spotlight, so does Halsey. Unfortunately, most of the latter’s media attention lately surrounds her highly controversial TikTok feud and a wrongful termination lawsuit from a former nanny. The TikTok “debacle” with Capitol Records culminated in an official release date for her much-anticipated “So Good” on June 9 and accompanying video on June 10.