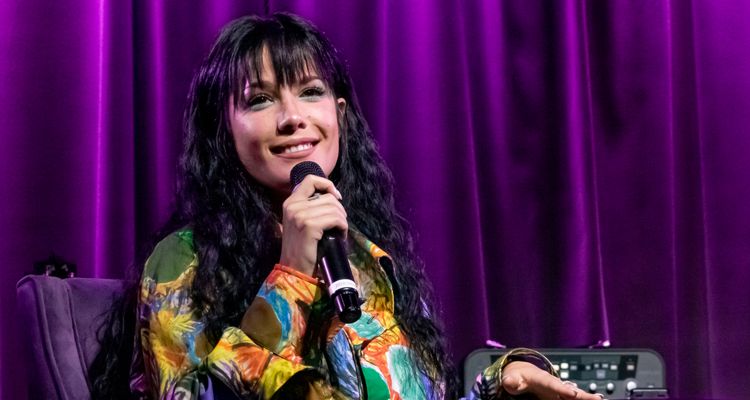 Things are not “So Good” for Halsey, who is officially facing a wrongful-termination lawsuit from a former nanny.

According to the straightforward action, Funches started working “as a live-in personal attendant” for Halsey last year, a position that centered on caring for Halsey’s baby by “preparing meals, cleaning, [doing] laundry, cleaning breast pump materials, organizing the nursery, and running errands as needed.”

But this plaintiff allegedly “worked around the clock on consecutive days with little to no day of rest” for “the majority of her employment,” per the suit, ultimately opting in October of 2021 to complain to Halsey about these “long working hours” and a purported lack of overtime compensation.

December of 2021 then saw Halsey make “a one-time payment” to the plaintiff in the amount of $5,000, the concise complaint proceeds – albeit while allegedly offering “no explanation as to how the lump sum payment compensated” the knackered nanny for all the overtime hours at hand.

Then, the professional relationship between Halsey and the employee is said to have abruptly concluded in mid-March of 2022, after Funches in a text message relayed that she “may need to undergo a medical procedure that would require her to take a leave of absence from work.”

“A few days later, without any warning or response” to the alleged text, Halsey fired Funches, the legal document explains. The termination in question was “retaliation” for the plaintiff’s complaining about the allegedly missing overtime pay and for mentioning her “disability and/or perceived disability,” Funches maintains.

Halsey has already pushed back against the “baseless” lawsuit in a widely circulated statement, however, accusing the filing party of endangering the child.

“These allegations are baseless,” said a Halsey representative. “This individual’s employment was recently terminated in response to specific incidents in which Halsey’s infant was left unsupervised in an unsafe location while under the nanny’s care, and it was discovered the nanny was intoxicated while the child was in her care. Furthermore, at no time during this individual’s term of employment with Halsey were any complaints even raised.

At the time of this piece’s writing, Halsey didn’t appear to have addressed the situation via TikTok – though the high-stakes episode looks to have all the makings of a viral video.