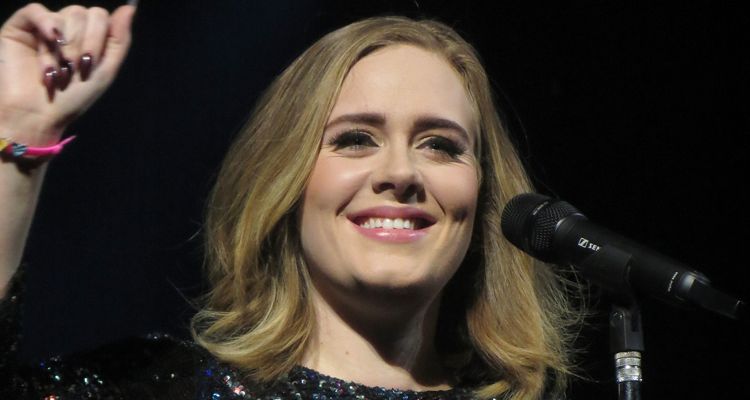 Since putting her much-anticipated Weekends with Adele Las Vegas residency on hold earlier this year, Adele’s options for a Vegas residency in 2022 are increasingly limited.

Despite the singer’s insistence in February that the postponed residency in Las Vegas will “absolutely” happen, her open window to do so this year is rapidly dwindling. Due to complications exacerbated by the COVID-19 pandemic, Adele put her Weekends with Adele residency at the Colosseum at Caesars Palace on hold earlier this year. Since then, reports surfaced that the Colosseum is laying off its workers for the summer.

Following Morrissey’s shows at the venue ending July 9 until the beginning of Rod Stewart’s residency on September 23, the Colosseum will be dark. The affected workers are members of the International Alliance of Theatrical Stage Employees (IATSE) Local 720. The union’s leadership confirmed that 11 workers would be furloughed for most of July, the entirety of August, and most of September.

Adele nor any representative for the Colosseum has commented on the state of her residency. However, her image remains on the Caesars Palace official website and the side of the hotel, implying that something is still in the works. The Colosseum schedule opens for availability to possible Adele shows in November and December, though neither party has suggested that this will happen.

Adele had reportedly been “close to finalizing a deal” at the Zappos Theater at Planet Hollywood, but no evidence suggests shows are forthcoming. Miranda Lambert, John Legend, and Shania Twain currently book the venue through most of the remainder of the year. Other venues seem unlikely, including Dolby Live at Park MGM and the Theatre at Resorts World, which have other headliners planned.

In the meantime, Adele is playing at Hyde Park in London on July 1-2, and the singer says she has plans to fill all 24 dates she had scheduled for the Colosseum. But if she intends to do so in 2022, her options in Las Vegas are dwindling. The singer and her boyfriend have both expressed wanting to have a child in 2023. As a result, Adele says that her residency has to happen in 2022.