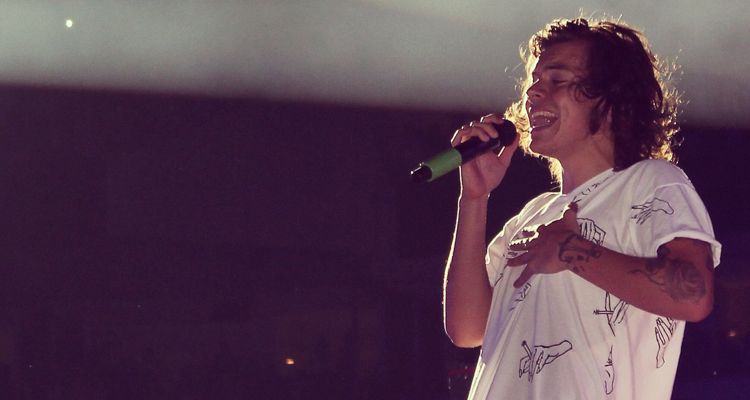 The designer says the collaboration grew from years of conversations, but the collection “started to be something really concrete maybe one year ago.”

“It started just like two kids playing, you know, in a very easy way,” he says. The designs took shape through the pair’s organic creative exchanges instead of formal meetings.

Styles has appeared in Gucci campaigns in the past and worn the brand extensively. The HA HA HA collaboration further cements the formal partnership. Michele explains that the natural next step was for Styles to design his own collection.

“The level that Harry has got now, it’s a high-level perception of this job,” Michele says. “He always has in his mind a very sophisticated way to be a guy, you know?”

70’s rock serves as the muse from which the collection was born, with sleek silhouettes and the bellbottom-flared slacks Styles receives much credit for bringing back into the mainstream. Many pieces showcase Styles’ “penchant for suiting,” which Michele says is rooted deeply in enthusiasm for clothes of the 70s, an era lush with the rock idols by which he’s so inspired.

“We were sharing for a long time images of eccentric men from the era. And so we went really close to the things that are very difficult to find in vintage, or things that apparently belong to an era that, in a way, doesn’t exist anymore,” Michele continues.

“I love my vintage shopping. I think that is really my place. Harry loves vintage too. We are crazy for vintage, both of us.”