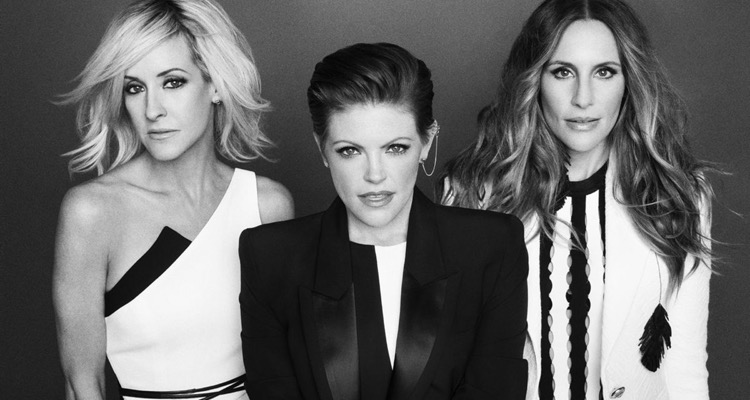 The Chicks (formerly The Dixie Chicks) abruptly ended a performance in Indianapolis yesterday after lead singer Natalie Maines experienced issues with her voice.

Multiple fans took to social media to comment on the decidedly short show, which lasted about 30 minutes before being called off, local reports said. The Indianapolis gig was the fourth stop of a 33-concert 2022 tour from The Chicks, who initiated the series in St. Louis last Tuesday and have dates (ending with Austin City Limits) scheduled into October.

Some regional outlets indicated that the precise reason(s) behind the concert call-off were unclear, whereas others noted that 47-year-old Maines had “mentioned her allergies” to the audience at the beginning of the show.

The venue that The Chicks played, Live Nation’s Ruoff Music Center (also known as Deer Creek), “is located on 228 acres of land in Noblesville, Indiana, just outside of Indianapolis,” per its website. And “grass pollen” levels in Noblesville are “very high” at present, according to The Weather Channel.

In any event, video shows Maines addressing those in attendance and attempting to power through the allergy-related difficulties so that she could perform “one more song.”

“You will all get tickets, I promise,” said an exasperated Maines. “I just can’t – we’ll try one more song. Waiting for this shot to kick in. Not a shot of alcohol, a shot of steroids. So sorry, I just can’t pull it off.”

The Chicks and the Live Nation venue subsequently responded to the episode with a substantially similar message, and the post on the former’s various accounts reads: “Indianapolis, we are so sorry we could not give you the show you deserved OR the show we wanted to give you. We will be back Indianapolis!! Hold onto your tickets.

“Ticket holders will be contacted by the official point of purchase with further information. We love you Indianapolis.”

Fans’ stances on The Chicks’ brief gig appear generally sympathetic, but this support doesn’t look to have extended to Live Nation itself.

“I understand Natalie fighting allergies and loosing her voice. I don’t understand @LiveNation making us sit thru a very underwhelming opening act to give us 20 minutes of The Chicks and then sending us home after driving for hours with these gas prices and paying $20 [for] beer,” vented a vexed attendee.

“This concert should have been cancelled this morning, not after 20k people filled Deer Creek. The people next to us drove from Fort Wayne for nothing. Live Nation and Ticketmaster are evil incarnate,” concluded the ticked-off ticketholder.

At the time of writing, The Chicks, Live Nation, and Cincinnati’s Riverbend Music Center hadn’t taken to social media to announce a change in the group’s tour schedule – presumably meaning that the act will play the mentioned venue as planned tomorrow evening.

Riverbend is also outdoors, and Tuesday is expected to bring a temperature of up to 95 degrees as well as “very high” grass pollen in Cincinnati, the city’s Weather Channel profile shows.