The Dixie Chicks Officially Change Their Name to ‘The Chicks’ 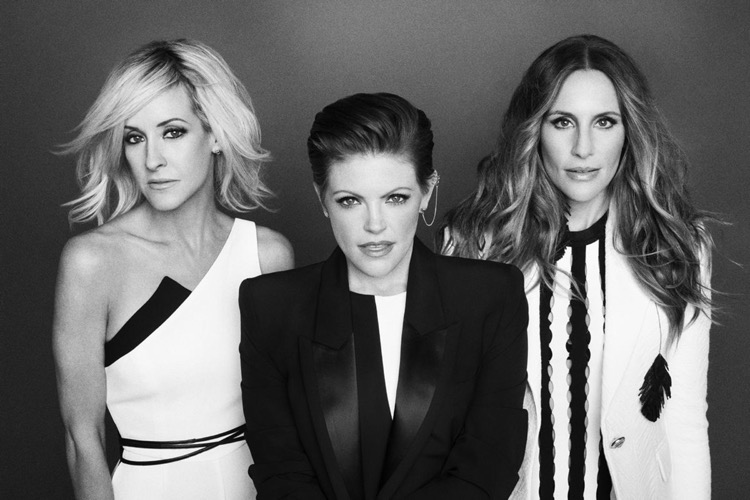 The Dixie Chicks have officially changed their name to ‘The Chicks’ in response to Black Lives Matter protests and nationwide concerns over racial injustice.

The band confirmed the name change this afternoon, with ‘The Chicks’ now replacing ‘The Dixie Chicks’ permanently. The decision closely follows a similar name modification by Lady Antebellum, a country-pop group that is now renamed ‘Lady A.’ In both cases, the name changes are responses to concerns over references to the pre-Civil War South and its history of injustices towards African-Americans.

The country trio — Natalie Maines, Emily Strayer and Martie Maguire — has now scrubbed ‘Dixie’ from their website and social media accounts.  Streaming accounts are likely next, though the Dixie Chicks name still appears on Spotify as of this (Thursday) evening.

So far, the band has not issued an official statement on the name change. That is likely forthcoming, though for now, the trio has only issued a brief mention of the change. “We want to meet this moment,” the band shared on its website.

The name change coincides with the release of the group’s latest single, ‘March March.’ The video for the song features footage from various Black Lives Matter, gay rights, and women’s rights protests across the United States. The band is planning to release their first album under ‘The Chicks’ name, titled Gaslighter, on July 17th.

The decision to ditch the ‘Dixie’ name follows a string of changes designed to address America’s history of black slavery and oppression. Perhaps most significantly, NASCAR implemented a league-wide ban of the Confederate flag, an emblem that once seemed synonymous with racing culture. Elsewhere, brands like ‘Aunt Jemima’ are now being retired because of ties to black oppression, and the Southern-rooted classic Gone With the Wind was temporarily removed by HBO.

Shortly after the name change, it was revealed that a band named ‘The Chicks’ already exists.

The development feels like déjà vu. Earlier, Lady Antebellum found out that the name ‘Lady A’ was already being used by a black blues singer. That drew howls of protest and accusations of appropriation, including from the surprised singer herself. What happened next is unclear, though the two Lady As reported an amicable meeting that quickly resolved the matter. Lady Antebellum didn’t subsequently change their name again, but will continue as Lady A.

The Chicks have encountered a similar concern, though the experience of Lady Antebellum appeared invaluable.  The band formerly known as The Dixie Chicks reported that they’d met with a New Zealand group name ‘The Chicks,’ and the groups have agreed to share the name.  In both cases, it’s unclear if the artists whose names were replaced were awarded cash settlements, a share of future royalties, or other compensation.

Now, further attention could shift towards the use of the world ‘Dixie’ by major brands and musical artists.

Whether Dixie Cups are next is uncertain, though so far, the Dixie paper products company has remained silent.  Separately, ‘Dixieland’ refers to an entire genre of New Orleans-style jazz, one shaped (and performed) heavily by black artists.

Earlier, the decision by Lady Antebellum prompted a broader examination into the use of the word ‘antebellum,’ which technically refers to the pre-Civil War South in American parlance (here’s a more detailed look at the word’s significance).

In its statement following its name change, Lady Antebellum noted that their initial associations with the word were largely positive.  The country trio pointed to an attraction towards “the southern ‘antebellum’ style home,” while elaborating: “As musicians, it reminded us of all the music born in the south that influenced us, like Southern Rock, Blues, R&B, Gospel and of course Country.”

Those associations were ultimately replaced in the wake of recent Black Lives Matter protests.  “But we are regretful and embarrassed to say that we did not take into account the associations that weigh down this word referring to the period of history before The Civil War, which includes slavery,” the band continued.