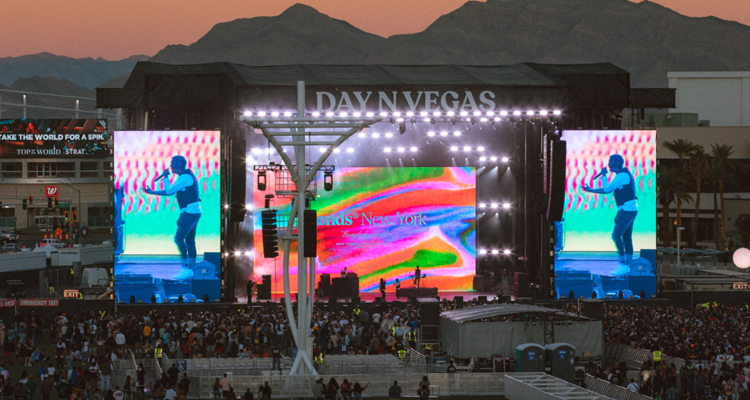 Hip-hop festival Day N Vegas 2022 has announced it is canceling the show this year where Travis Scott was set to headline.

Festival organizers posted a message to their fans on social media announcing the change. The festival was slated to take place on September 2-4 at the Las Vegas Festival Grounds. “We’re sorry to announce that a combination of logistics, timing, and production issues have forced us to cancel Day N Vegas for 2022,” the official statement reads.

“The refund process will begin immediately and funds will appear back in your account within the next 2-4 weeks. All orders will be refunded to the credit card used to complete the purchase. If you purchased a festival pass or passes via AXS and have questions about the refund process, contact AXS. For Fuse Hotel package support, please visit daynvegas2022.com for more info.”

According to Billboard, the festival may have been cancelled due to slow ticket sales. It did not meet its first-day ticket sales goals and sales remained well below expectations in the days that followed. By cancelling more than 60 days before the event, promoter AEG only has to pay artists 50% of their fee.

The Day N Vegas 2022 festival would have been Travis Scott’s first headlining performance following what happened at Astroworld. Scott was slated to headline DNV 2021 last year, but dropped out following the aftermath of the tragedy. Scott played for a pre-Oscar party and an afterparty at Coachella earlier this year.

The cancelled show was to feature SZA, J. Cole, Playboi Carti, 21 Savage, Baby Keem, and Summer Walker. Sources who spoke to Billboard also blamed the earlier September concert date, which is Labor Day weekend in Las Vegas. It’s historically one of the hottest months in the state of Nevada. Day in Vegas was held in November in 2021, when the desert air is much cooler.

Ticket sales to even high-profile festivals appear to be slowing across the United States. As inflation tightens, consumers are spending less on live entertainment.