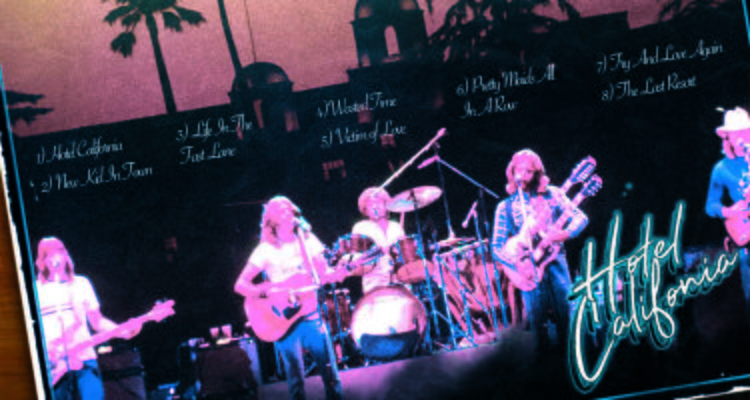 Glenn Horowitz (66), Craig Inciardi (58), and Edward Kosinski (59) have been indicted for a conspiracy involving the possession of 100 pages of Don Henley’s handwritten notes and lyrics for the album. The notes include lyrics to the songs “Hotel California,” “Life in the Fast Lane,” and “New Kid In Town.”

The Manhattan DA says despite knowing they possessed stolen materials, the men attempted to sell the manuscripts, which are valued at over $1 million. The men manufactured false provenance, lied to auction houses, potential buyers, and law enforcement about the origins of the manuscripts.

“New York is a world-class hub for art and culture, and those who deal cultural artifacts must scrupulously follow the law. There is no room for those who would seek to ignore the basic expectations of fair dealing and undermine the public’s confidence and trust in our cultural trade for their own ends,” says Manhattan District Attorney Alvin Bragg.

“These defendants attempted to keep and sell these unique and valuable manuscripts, despite knowing they had no right to do so. They made up stories about the origin of the documents and their right to possess them so they could turn a profit.”

According to court documents, the manuscripts were originally stolen in the ’70s by an author hired to write a biography of The Eagles. That biographer eventually sold the manuscripts in 2005 to Glenn Horowitz, a rare books dealer. Horowitz sold them on to Inciardi and Kosinski, who decided to split up the manuscripts to sell in portions.

When Don Henley learned of their availability, he demanded the return of the property. “Rather than making any effort to ensure they actually had rightful ownership, the defendants responded by engaging in a years-long campaign to prevent Henley from recovering the manuscripts,” the DA office report says.

Horowitz and Inciardi allegedly worked to fabricate the manuscript’s provenance between 2012 and 2017. Craig Inciardi is a curator for the Rock and Roll Hall of Fame. They used that false statement of provenance to coerce Don Henley into buying back his stolen property. When that didn’t work out, they contacted auction houses like Christie’s and Sotheby’s with the false provenance story. They went so far as to request that Sotheby’s hide Henley’s claims from potential buyers at an auction in 2016.

In December 2016, the DA’s Office executed a series of search warrants to retrieve the stolen manuscripts from Sotheby’s and a New Jersey residence. After 84 pages were retrieved, Horowitz claimed the materials came from recently deceased Eagles member Glenn Frey in an attempt to avoid criminal prosecution.