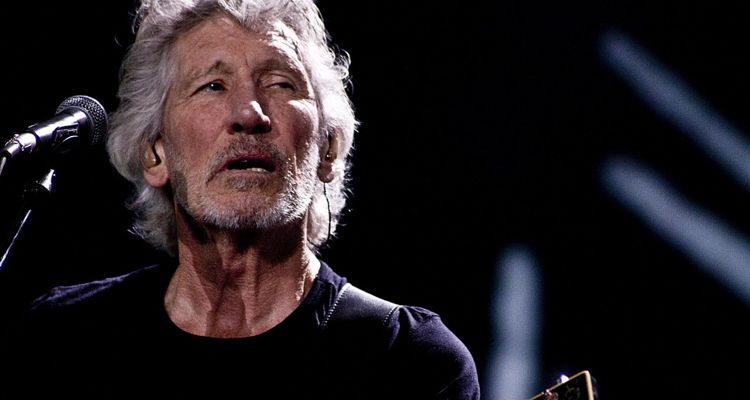 Currently on tour in North America with his politically-charged This is Not a Drill show, Roger Waters sat down with The Globe and Mail for a Zoom interview. Waters discussed how his relationship with audiences has changed since 1977 when he famously spat on a concertgoer. Since then, he says audiences are “far more attentive” to what he has to say now than they were then, especially since he isn’t “constrained by the rock group (Pink Floyd) that I was with then.”

“They were always trying to drag me back from my natural instinct, which is to tell the truth,” Waters says, noting that he finds it suspicious that no journalists in Toronto had come to interview him before his concerts there and that The Globe had only contacted him after the fact.

The Globe‘s Brad Wheeler explains that many journalists were assigned to cover The Weeknd’s concert at Rogers Centre that night instead.

“I hate to get in the way of a good conspiracy theory,” says Wheeler, “but your concert wasn’t the biggest in town that night.”

“But The Weeknd was canceled,” Waters replies. “And my show was for two nights. I have no idea what or who The Weeknd is, because I don’t listen to much music. People have told me he’s a big act. Well, good luck to him. I’ve got nothing against him.”

“And, by the way,” Waters adds, “with all due respect to The Weeknd or Drake or any of them, I am far, far, far more important than any of them will ever be, however many billions of streams they’ve got. There is stuff going on here that is fundamentally important to all of our lives.”

Waters completed most of the Canadian leg of his tour this week, with a couple extra shows in September between his US shows in Oregon and Washington.

Roger Waters’ This is Not a Drill North American Tour