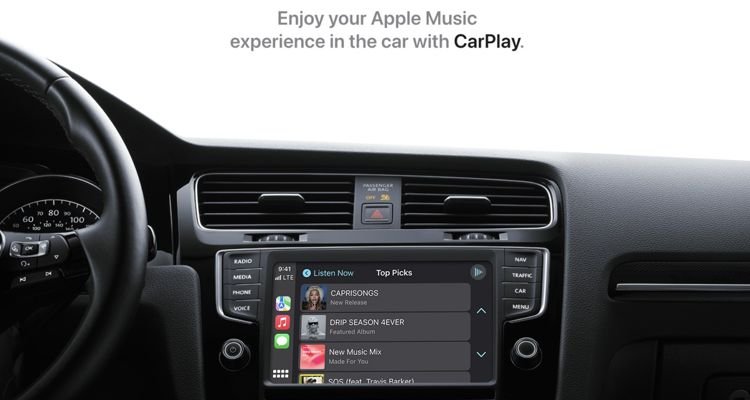 In December 2020, Tesla added references to Apple Music in its software. Now those references have disappeared.

What does Apple Music references disappearing mean? Well, it could mean support isn’t a feature that’s being worked on even behind the scenes. In a recent interview in July 2020, Tesla CEO Elon Musk admitted he just connects his iPhone via Bluetooth to use Apple Music in his car. Tesla doesn’t support Apple’s CarPlay standard, which has led some to create their own solutions.

Does CarPlay work on a Tesla?

The short answer is not officially. But developer Michael Gapinksi has been working on a third-party solution. The workaround requires a Raspberry Pi running a custom version of Android; and two more running Linux to handle video and networking capabilities. It’s a Frankenstein solution that very few people will want to employ.

The rub is that once it’s set up, the actual software experience of using CarPlay is powered by the in-car browser featured in Tesla cars. Alpine is also working on aftermarket units with CarPlay support designed for the Tesla vehicle.

Another option for CarPlay support in a Tesla vehicle is the Intellidash Pro standalone head unit. This device features wireless CarPlay support and attaches to your car’s dash.

Will Tesla ever support CarPlay?

At this point, it’s looking unlikely that Tesla will feature support for Apple’s CarPlay service. Especially since built-in references to Apple Music have been removed from the most recent Tesla software updates. The company itself has more to worry about on the horizon than supporting another music streaming service, no matter how popular it may be.