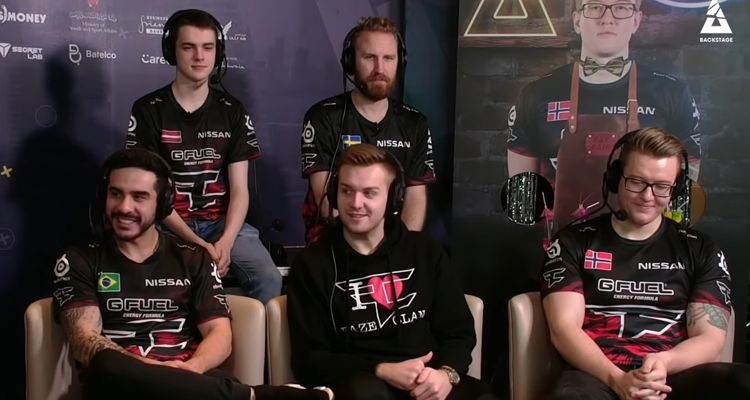 Esports and lifestyle brand FaZe Clan has gone public via a SPAC, but trading was down 25% in the first day.

FaZe Clan has billed itself as a ‘creator economy’ company to investors, with an initial valuation of $725 million. But special purpose acquisition company (SPAC) mergers have become an extremely unpopular way for businesses to go public. Most companies that have gone public via SPAC are considered “overvalued” in the eyes of the market. US regulators are even investigating whether SPAC mergers will even be allowed in their current form.

FaZe Clan was founded in 2010 as an esports-focused company. It now has over 100 employees on its payroll, including esports pros and content creators. Music celebrities Lil Yachty and Snoop Dogg have also joined FaZe Clan’s board of directors. With over 500 million followers across all of its social media channels, there’s no denying the company’s presence in the world of professional gaming.

“I understand why other companies have been criticized for going public via the SPAC vehicle. But for us, it really fits,” FaZe CEO Lee Trink told CNBC in an interview. Trink joined FaZe Clan in 2018 after serving as President of Capitol Records. “We think we’re the first Gen Z native brand to go public; we’re certainly the first creator-based brand to go public.”

The company announced its plans for a SPAC merger deal in 2021, when it claimed a valuation of $1 billion. B. Riley Principal Commercial Capital was the SPAC involved, which made a $20 million bridge loan to FaZe Clan. That’s largely because the company doesn’t make money yet. In filings for the public listing, it reported revenue of $50 million 2021 and forecast $90 million for 2022. But revenue isn’t income, and in 2021 the company lost $19 million.

80% of the company’s primary audience is between 13 to 34 years old. Trink thinks the next step for the company is less about esports and more focusing on streamer partnerships. “Gen Z is not about your parents’ brands,” Trink told CNBC. “Gen-Z wants connectivity and proximity. We are the translators and what we do know is how to reach this audience.”