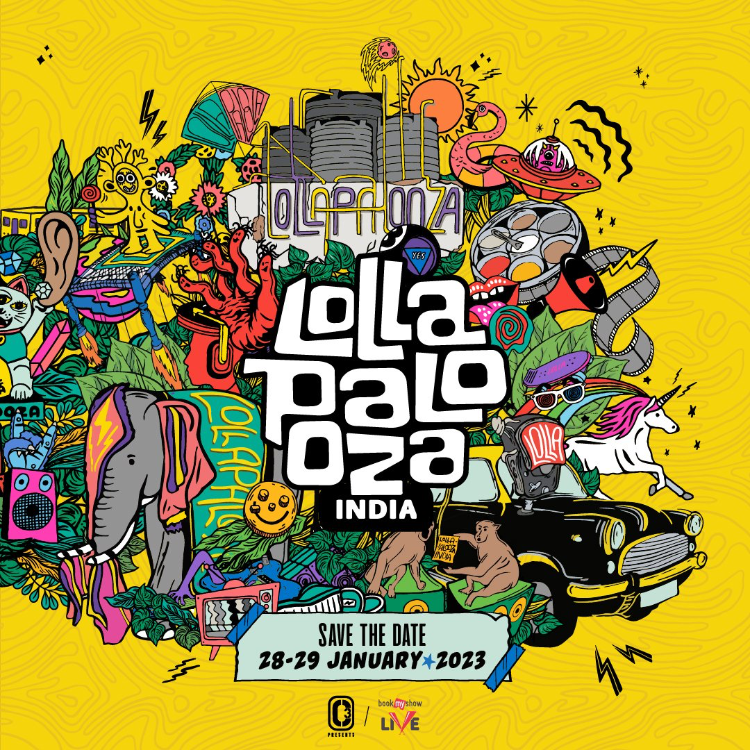 Lollapalooza is expanding to India in 2023, marking the festival’s debut in Asia. The festival officially shared news of its expansion plans earlier this week.

The inaugural edition of Lollapalooza India is scheduled for January 28th and 29th, 2023, in Mumbai, featuring 60% international acts. The news was officially announced by Lollapalooza this week across multiple channels, including an official ‘Save the Date’ graphic detailing the dates and various festival partners. Additionally, the festival has set up a placeholder website at lollaindia.com that asks would-be attendees to register for upcoming updates.

“The music of India is transcendental, it draws our spirits East,” iconic Lollapalooza founder Perry Farrell offered in a statement. “Lollapalooza is an instrument for unity, peace, and education utilizing the universal languages of music and art to find common ground.”

BookMyShow, which claims to be India’s largest ticketing platform, will promote and co-produce the festival alongside global producers Farrell, WME, BookMyShow, and C3 Presents (owned by Live Nation). According to details shared by Lollapalooza organizers, the Indian expansion will take place in Mumbai at a yet-to-be-announced venue “in the center of the city.” It will feature around 45 acts playing 20 hours of music across four stages to a daily audience of 60,000 fans. Lollapalooza first tipped the expansion in its Twitter post earlier today, which was complemented by an official release.

“Lollapalooza has always been about exploring boundaries, musically and geographically,” Charlie Walker, Partner at C3 Presents, offered in a statement. “We are excited to introduce fans to an entirely new festival experience that has been a significant rite of passage for millions of music fans around the world for more than three decades.”

From its humble Chicago roots, the multi-genre festival has expanded aggressively into South America and Europe in the past decade. Currently, Lollapalooza editions are happening in three separate countries in each continent. India, a large potential market traditionally underserved by US and European acts, was chosen as the next destination.

BookMyShow, the Mumbai-based ticketing platform, is suddenly an ambassador for overseas artists. The group has previously co-promoted tours in India by Ed Sheeran, Justin Bieber, and U2. The platform plans to bring Bieber back to the country in October as part of his ongoing Justice world tour, which was upended by a Bieber health scare.

“BookMyShow is proud to bring Lollapalooza to India – making it the eighth country and the fourth continent to do so,” shared Ashish Hemrajani, Founder & CEO of BookMyShow. “With a mix of some stellar Indian talent and global artists coming together on the same stage, we expect nothing short of magic.”

Once upon a time, India was passed over by bigger international names, despite a massive population topping 1.3 billion.

That may have shifted in 2019 when U2 hosted its first-ever concert in Mumbai, a move that helped to legitimatize the market as a worthwhile tour stop.

Now, the question is whether India can pack the consumer-spending power of richer nations like the United States. Currently, streaming platforms draw far lower ARPU (average revenue per user) figures than their counterparts in Western Europe, Australia and New Zealand, wealthier pockets of Asia, and the US. That dynamic is likely to spread into festivals, where outlandish ticket prices will be a trickier proposition.