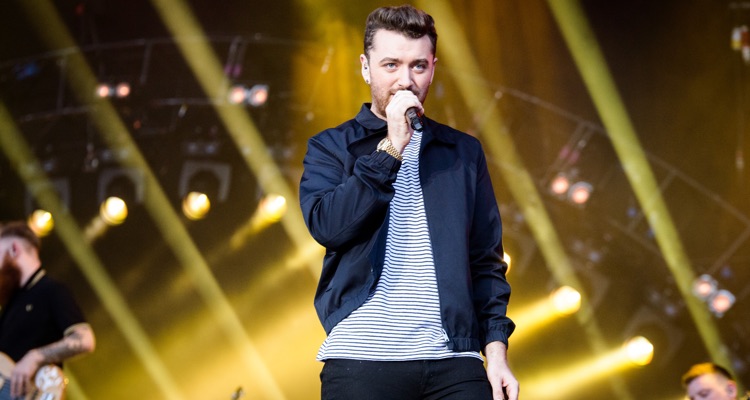 The legal team of Sam Smith has officially fired back against a copyright infringement lawsuit involving “Dancing With a Stranger,” describing the action as “rambling,” “nonsensical,” and “repetitive.”

The London-born singer-songwriter’s attorneys just recently took aim at the infringement complaint, which a company called Sound and Color submitted to a California court in March. Sound and Color owns the entirety of a seven-year-old track that it says is entitled “Dancing with a Stranger,” per the text.

Also according to the original suit, singer-songwriter Jordan Vincent wrote the song with Christopher Miranda, and the creators “transferred all of their ownership” in the allegedly infringed track to Sound and Color sometime relatively recently, for “the assignment is in the process of being recorded with the Copyright Office to update its current ownership.”

Additionally, it bears mentioning that the plaintiff’s song is uploaded to YouTube and Spotify as “Dancing With Strangers,” which is simply an alternative title, the complaint maintains. The work is said to have debuted on SoundCloud in early 2016 (racking up 500,000 on-platform streams by mid-2018) and on streaming services including Spotify in late August of 2017.

Then, a friend of Vincent’s informed him of the release of Sam Smith’s “Dancing With a Stranger” in early 2019, the document states, presumably because of their alike titles.

Regarding the purported “extraordinary similarities” between Sound and Color’s “Dancing With a Stranger” and the namesake 2019 song by Sam Smith and Normani, “it was immediately obvious from the title, lyrics, melody, and overall production that appears in both songs, especially the hook,” that the newer track had borrowed heavily from the older song, according to the plaintiff.

In an effort to further its arguments, Sound and Color cited a multifaceted musicologist report, drew attention to perceived overlap between the songs’ music videos, and disclosed “a side-by-side comparison video” of the releases. (Interestingly, this comparison video was uploaded to YouTube back in November of 2020.)

Now, as mentioned at the outset, the legal representatives of Sam Smith (and an array of other defendants) have moved to dismiss the action.

A newly filed memorandum in support of this motion highlights all manner of alleged shortcomings in the case, including but not limited to alleged overlap between direct and secondary infringement claims (“an alleged direct infringer cannot be secondarily liable for the same alleged infringement”) and the date that the plaintiff’s song was registered with the Copyright Office.

In terms of the registration date, the plaintiff’s work is said to have been copyrighted in May of 2019, some four months after the alleged infringement – meaning that “statutory damages and attorney’s fees are not potential remedies,” per the filing.

“Punitive damages are not recoverable for alleged copyright infringement,” the defendants also communicated, proceeding to indicate that “the claim relies on hyperbole and ignores established circuit law.”

At the time of writing, Sound and Color didn’t look to have issued a public response to the defendants’ arguments in favor of dismissal. July has also brought an infringement battle between comedian Lewis Black and Pandora, besides a separate copyright confrontation between 80s synth-pop band Naked Eyes and Reservoir Media.