Cloud Music Inc. has announced its financial results for the first half of 2022, showcasing subscriber growth.

Cloud Music says its online music services monthly active users (MAUs) stood at 181.9 million. The company says its ratio of DAU/MAU stayed well above 30% in the same period. The company grew revenues for the first half of 2022 by 33.8% year-over-year “despite a more challenging industry environment” thanks to its increased focus on monetization. 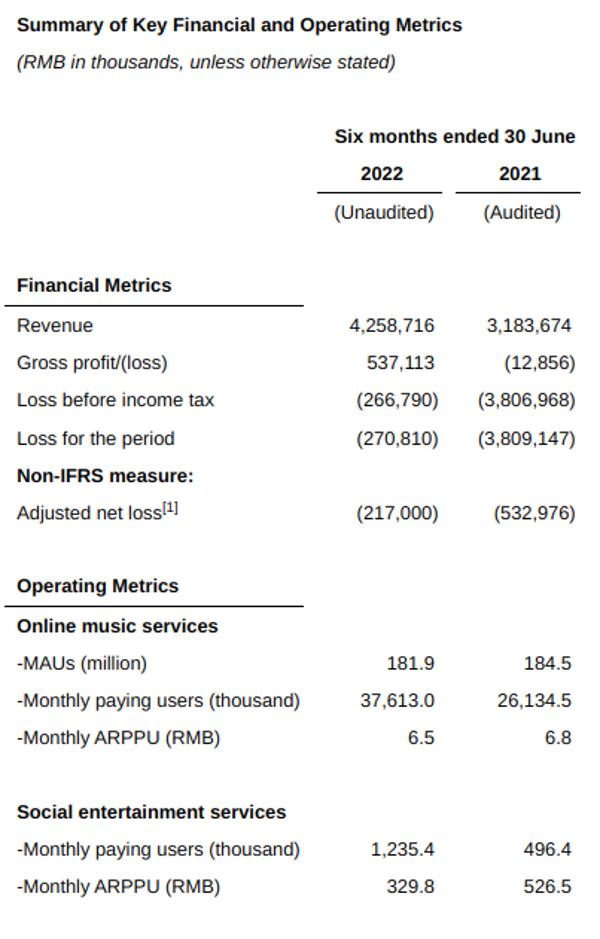 “Our membership paying ratio reached 20.7%, soaring from 14.2% in the first half of 2021,” the report reads. The streaming service attributes its revenue growth to the massive influx of subscribers who spend time in the app based on its community features.

Cloud Music says its DAUs spend on average 80.6 minutes per day listening to music on the platform, up from 76.9 minutes in the first half of 2021. “Nearly half of our users browsed the ‘comments section’ while listening to music.”

“As of June 30, 2022 around 31.4% of music streams were attributable to platform recommendations, up from 30.5% as of June 30, 2021,” the report continues. Cloud Music is focused on fostering an interactive music community that goes beyond just listening to music. “Our community is centered around music-inspired emotional resonances, not only between music content and audiences, but also between musicians and followers as well as among users.”

Some of the new features launched on Cloud Music this year to facilitate those connections include: