Apple Is Registering AR/VR Trademarks, According to Report 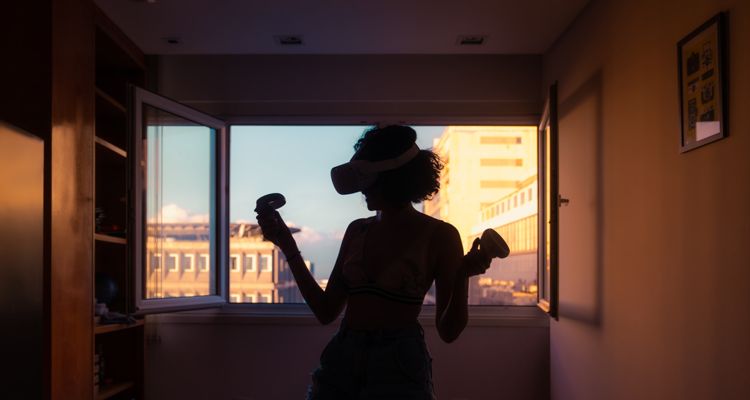 A pair of trademarks from Apple suggests the word ‘Reality’ will feature in its AR/VR strategy.

A new Bloomberg report details at least three separate patent filings for Reality One, Reality Pro, and Reality Processor. The name suggests the word ‘reality’ will be a key part of Apple’s marketing strategy for its mixed reality headsets. An older patent application suggests the ‘realityOS’ will power the headsets.

According to the U.S. Patent & Trademark Office, Immersive Health Solutions is the patent filer for Reality One. This is likely a shell company used by Apple to keep the project under wraps while filing for the necessary patents. These patents were filed across multiple markets including Canada, the UK, Europe, Australia, New Zealand, Costa Rica, Uruguay, and Saudi Arabia.

According to reports, the mixed reality headset from Apple will offer VR and AR versions of Apple’s apps. That includes FaceTime, Maps, and other options for consuming media. Apple is not expected to announce anything related to its VR push at its upcoming event on September 7, but the patent registration suggests we could see the headset as early as next year.

Apple analyst Ming-Chi Kuo says he believes the mixed reality headset won’t arrive until January 2023 at the earliest. Kuo called the project “the most complicated product Apple has ever designed” but says the release could fuel rapid growth in the market for head-mounted displays. Kuo has been trying to predict when Apple will release its VR attempt for several years now.

Apple’s main competition at this point is Meta’s Oculus, which got its start as the Oculus Rift before being acquired by Facebook for $2 billion in 2014. Mark Zuckerberg is betting big on the future of the ‘metaverse,’ but it’s unclear why he thinks Facebook is the company to lead that strategy. Recent images from his attempt at a metaverse mercilessly mocked the CEO’s avatar, dubbed ‘World Baby.‘