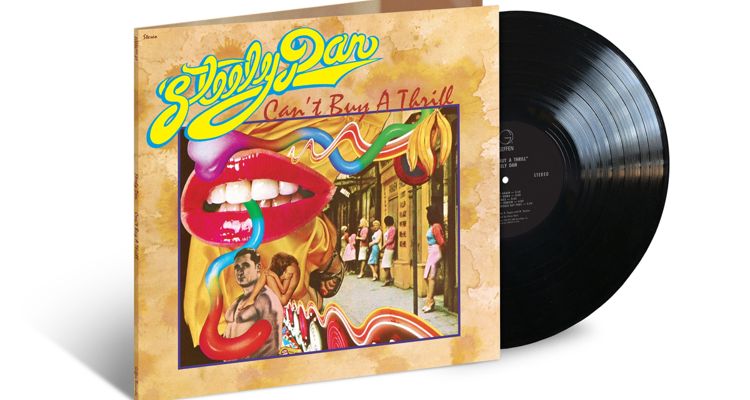 Steely Dan’s legendary catalog, helmed by songwriting duo Walter Becker and Donald Fagen, spans seven albums on ABC Records and MCA Records from 1972 to 1980. The band’s classic ABC and MCA catalog will return to vinyl with an extensive reissue program of Steely Dan’s first seven records. The project is being personally overseen by founding member Donald Fagen and kicks off November 4 with a reissue of the band’s debut album, 1972’s Can’t Buy a Thrill.

Each album is being meticulously remastered by Bernie Grundman from the original analog tapes — except for Aja, which is being remastered from an analog non-EQ’d tape copy, and Gaucho, which was sourced from a 1980 analog tape copy originally EQ’d by Bob Ludwig.

It is presumed that original tapes containing the flat mixes of Aja and Gaucho no longer exist. Still, each new 180-gram vinyl version will be cut by Alex Abrash at his renowned AA Mastering studio, using high-resolution digital files of Grundman’s new mastered, pressed at Precision. The vinyls will be housed in reproductions of their original artwork.

The 45 RPM UHQR versions will be pressed at Analogue Productions’ Quality Record Pressings on 200-gram Clarity Vinyl. They will be packaged in a deluxe box that includes a booklet detailing the process of the vinyl’s pressing, along with a certificate of inspection. Each UHQR is pressed using hand-selected vinyl, with the final result featuring the sale flat profile that helped to make the original UHQR so desirable among audiophiles.