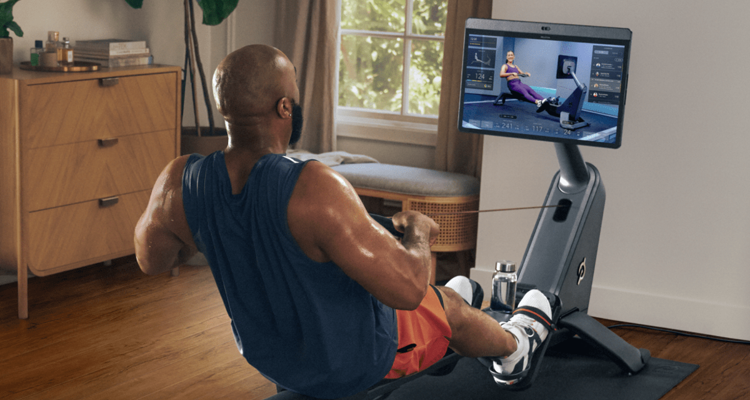 Peloton says rowing machines are a great way to exercise 86% of the muscles in the body with low-impact exercise. Now the company is seeking to combine its hardware and technology features to allow anyone to create a rowing routine for them. As part of the experience, Peloton developed a dynamic new ‘Row Launch Spot’ featuring the track “1,000,000%” by HY3NA. “1,000,000%” is exclusive to Peloton and the first time the brand has dropped a never-before-heard track as part of its branding.

HY3NA consists of Stevie Aiello, a masterful producer, writer, and musician better known for his time in the multi-platinum band 30 Seconds to Mars. Hard Rock Goliath, Atreyu frontman and songwriter Brandon Saller, and vocal powerhouse and frontman of band Blame My Youth, Sean Van Vleet, round out the trio. Together they bend and break every rule in the book. HY3NA’s debut EP Festival Headliners is expected to drop in spring 2023.

Peloton Row features several technology advancements, too. The individually calibrated on-screen feedback highlights areas where the user can improve to adjust their form and strengthen their stroke while rowing. Post-class analytics and insights help measure performance and progress over time. Peloton members also receive a detailed breakdown and rating of form and metrics. The rowing machine features a 24″ swivel screen that can pivot 45 degrees to bring the studio energy onto the floor.

Peloton says it is also delivering new content from its instructors with new class formats, including Row Bootcamp, Guided Scenic tours, and Live classes coming to the platform later next year.