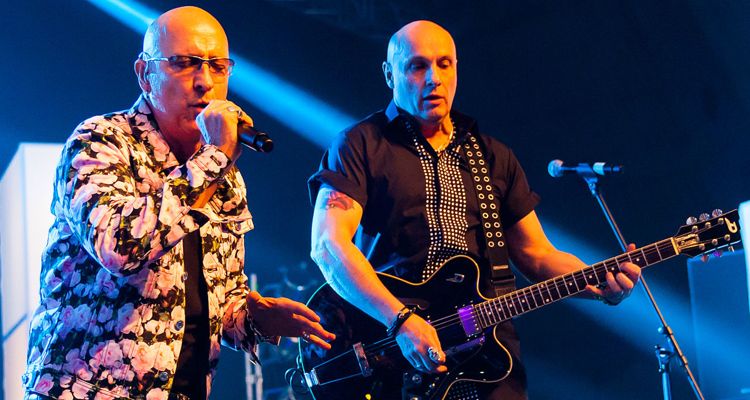 The pop star released a statement after Right Said Fred, the band known for their 1992 hit, “I’m Too Sexy,” claimed the singer had sampled their song without their permission. Beyonce assures fans that authorization to sample the piece was granted by Right Said Fred’s publisher, calling the group’s claims “erroneous and incredibly disparaging.”

Right Said Fred, consisting of brothers Fred and Richard Fairbrass, had slammed the singer just days prior, claiming that she had sampled their song without asking them for permission directly. Beyonce counters that the pop duo was not only paid for the publisher-approved use, but they have “co-writer” credit on the song in which the sample appears, Renaissance‘s “Alien Superstar.”

“Permission was not only granted for its use, but they publicly spoke of their gratitude for being on the album,” says Beyonce in her October 7 statement to E! News. “For their song, there was no sound recording use; only the composition was utilized. Permission was asked for their publisher on May 11, 2022, and the publisher approved the use on June 15, 2022. They were paid for the usage in August 2022.”

“Normally the artist approaches us, but Beyonce didn’t because she is such an arrogant person,” the brothers said in a statement to The Sun on October 3. “She just had probably thought, ‘Come and get me,’ so we heard about it after the fact.”

The duo claims that other artists, including Drake and Taylor Swift, have come to them asking to use samples of “I’m Too Sexy” in their music.

“To use our melody, they need our permission so they send us the demo and we approve it, and if so, we get a co-write credit,” the Fairbrass brothers continued. “With this Beyonce thing, there are 22 writers. It’s ridiculous.”

“You are going to get into a conversation with someone who has a lot more presence and power and money than we do,” the brothers continued, admitting they feel powerless against Beyonce. “It’s best to let it go. If you’re not careful, you spend your life looking back. We keep looking forward the whole time.”