Nickelback Inducted Into the 2023 Canadian Music Hall of Fame 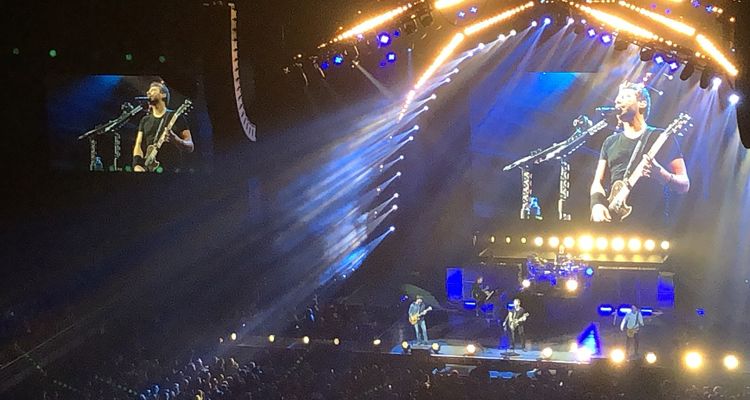 Nickelback is a 2023 inductee into the Canadian Music Hall of Fame as “one of the most commercially viable and important acts of the past two decades.”

With over 10 billion streams and 50 million albums sold worldwide, there is no doubt that Nickelback has long solidified their spot as a household name. Called “the most successful rock band of the decade” by Billboard in 2009, the Alberta group — comprised of Chad Kroeger, Mike Kroeger, Ryan Peake, and Daniel Adair — will finally take their rightful place in the Canadian Music Hall of Fame next year.

“Nickelback are rocking their way into the Canadian Music Hall of Fame as its newest inductees,” The Juno Awards tweets. “Don’t miss the induction and performance presented by TD Canada at The 2023 JUNO Awards Broadcast on Monday, March 13.”

The group started in 1995 when brothers Chad and Mike Kroeger, alongside Ryan Peake, played covers in a band called Village Idiot. In 1996, the group relocated to Vancouver, British Columbia, where they continue to reside and record music.

That same year, Nickelback released their debut album, Curb — but it wouldn’t be until their 1998 sophomore album, The State, that the band’s career would take off. The State sold more than 100,000 copies in its native Canada and 500,000 in the US, earning Nickelback their first JUNO Award for Best New Group.

The 2001 album Silver Side Up featured the band’s career-defining hit, “How You Remind Me.” The album became a critical success, and the song was named Billboard’s Top Rock Song of the Decade. According to Nielsen Soundscan, the track became the number one most-played song on US radio stations in the 2000s.

The group continued their success with the 3x Platinum-certified The Long Road in 2003, which Billboard later featured in their 200 Albums of the Decade. The album featured the lead single “Someday” and hit songs “Figured You Out” and “Feelin’ Way Too Damn Good.”

In 2005, former 3 Doors Down member Daniel Adair joined the group on drums, and Nickelback released their fifth studio album, All the Right Reasons. The album featured highly successful singles such as “Savin’ Me,” “Photograph,” “Far Away,” “Rockstar,” and “If Everyone Cared.”

Nickelback has played twelve consecutive sold-out world tours as the second best-selling foreign act of the 2000s in the US — behind only The Beatles. They have earned nine Grammy Award nominations, three American Music Awards, a World Music Award, a People’s Choice Award, twelve JUNO Awards, and seven MuchMusic Video Awards. Nickelback was inducted into Canada’s Walk of Fame in 2007.