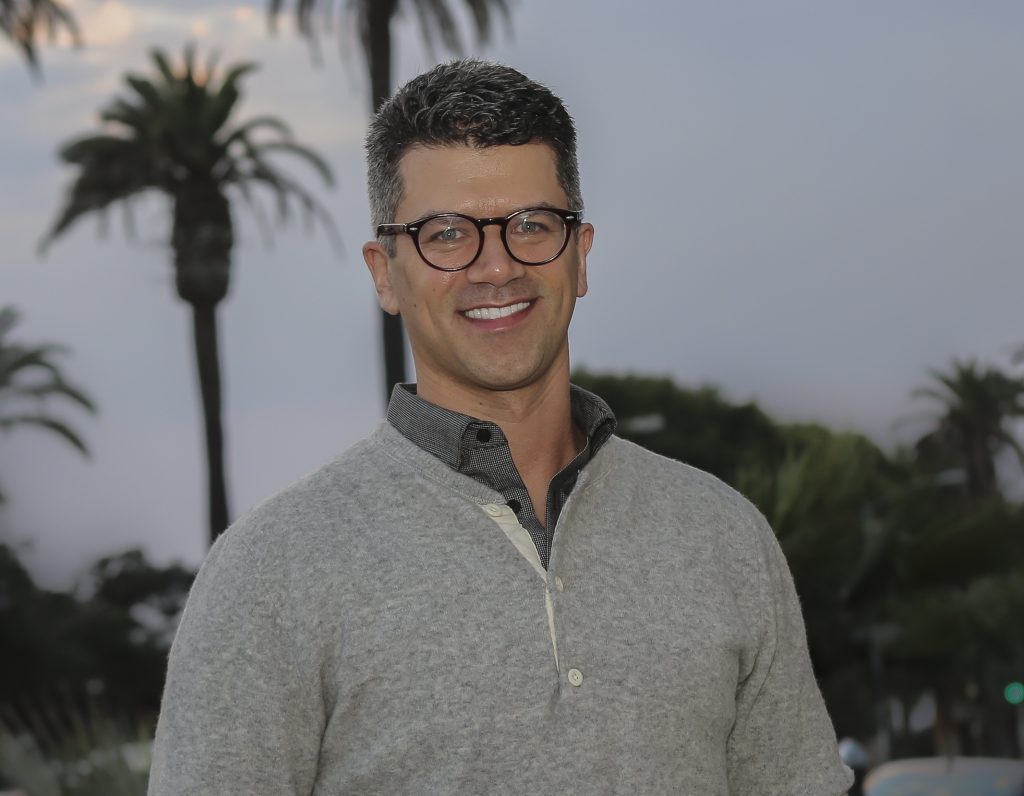 Paul Resnikoff is the founder and publisher of Digital Music News, the premier source for music industry news, information, and analysis.

Digital Music News was started more than a decade ago as an email-based executive news service. It has since grown into one of the most widely read information sources in the music, entertainment, and investment spheres.

Digital Music News was originally conceived as a tech-focused newsletter for executives within the music industry. Struggling to keep abreast of the different startups, trends, and investments blossoming within the nascent digital music sphere in the early 2000s, Resnikoff started sharing research and updates every morning to a close-knit group of label execs, artists, managers, investors, and tech geeks. The goal was simple: to pool information, expand the collective knowledge base, and help everyone make better deals and decisions.

Since that inception, the mission of Digital Music News has largely stayed the same: to help music industry professionals stay abreast of developments in their field and parse through emerging trends, fresh entrants, and controversial issues.

Resnikoff is frequently called upon to discuss the ins-and-outs of the music business. Over the years, that has included multiple appearances on the BBC, CNBC, NPR, KPCC, WNYC, and KCRW, among others, as well as interviews and quotes in major publications like the New York Times, USA Today, Business Insider, Vice, Fortune, Forbes, Cheddar, The Daily Beast, Breitbart, Canadian Broadcasting Corporation (CBC), as well as the Discovery Channel, among many others. 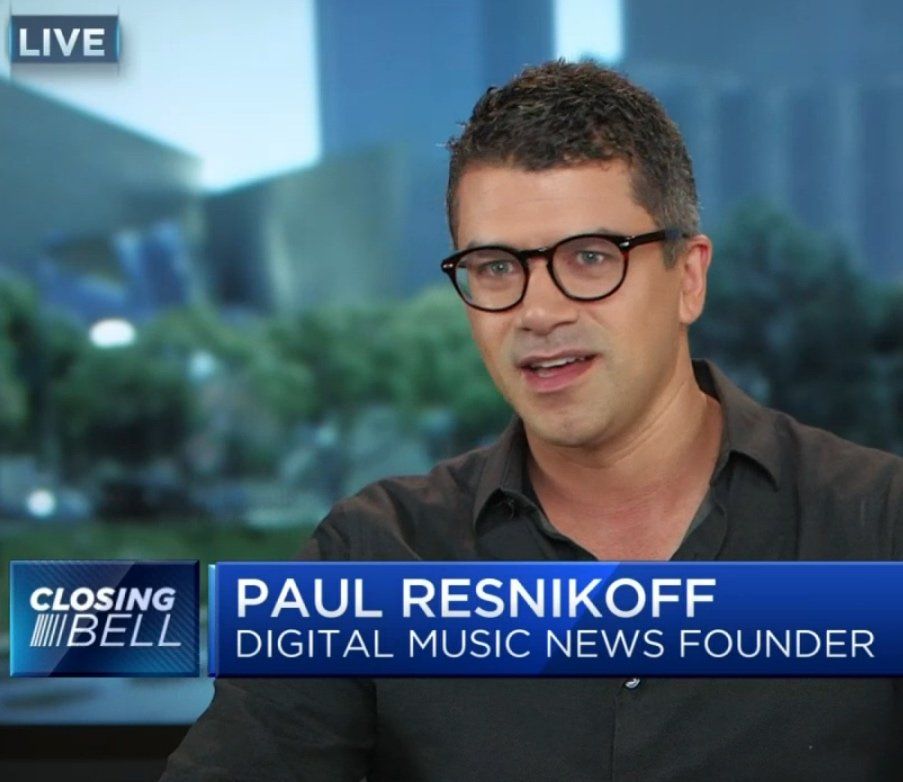 Beyond that, Digital Music News articles and analyses by Resnikoff have been cited in thousands of different publications and authoritative sites over the span of a decade. More than 28,000 different domains are currently referencing information from DMN, according to web-tracking platform ahrefs.com.

The music industry is a multi-billion dollar monstrosity that won’t stop changing. It’s why we have a job at Digital Music News.

Digital Music News is also heavily referenced by hubs like Wikipedia, Medium, the European Union (europa.eu), and university websites like Harvard.edu. DMN is also required reading for numerous music business courses and colleges across the United States. Not only is DMN informing the music industry, but it’s also keeping the rest of the world updated as well! 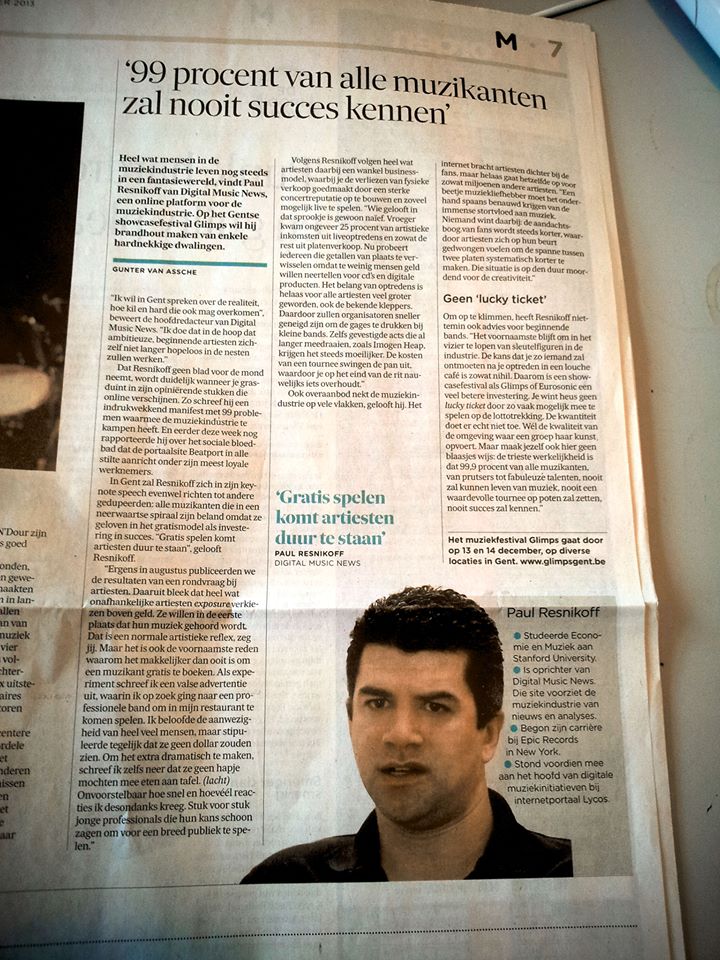 Occasionally, Resnikoff is also invited to chat with executives at major music labels, publishers, startups, and investment groups about a range of music industry topics — strictly off the record, of course.

Resnikoff’s interest in digital music comes from his early passion for playing and composing music. He briefly considered a professional career as a French horn player, and trained under the tutelage of Bill Penn of Howard University. Growing up, Resnikoff also played bass, composed endlessly, and studied music theory.

Paul Resnikoff majored in Economics and Music at Stanford University. 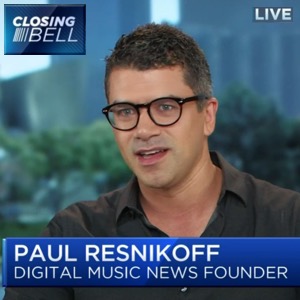 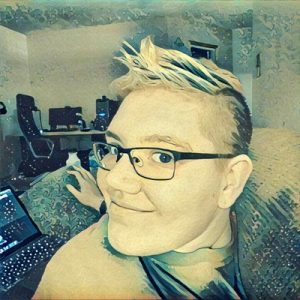 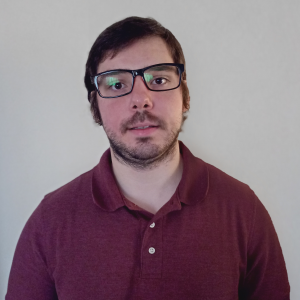 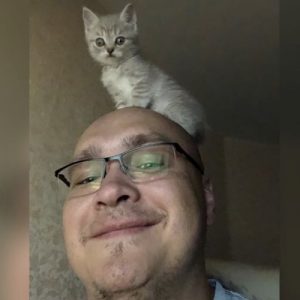