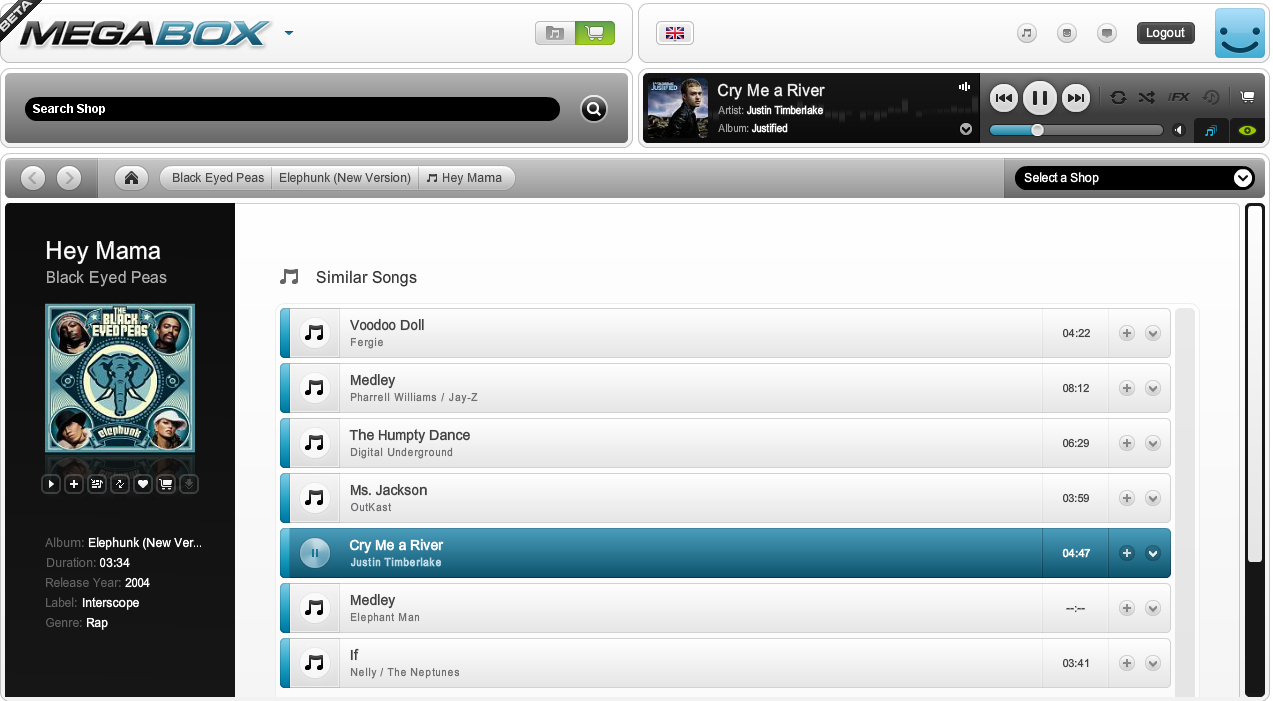 There’s another gigantic wrinkle in the MegaUpload drama.  Not only is MegaUpload fighting tooth-and-nail against Universal Music Group, but they’re now planning the launch of a cloud-based music locker, download store, and do-it-yourself artist service.

Actually, this is technically a relaunch of an earlier concept, and a perfect re-stab at major label opponents.  “UMG knows that we are going to compete with them via our own music venture called Megabox.com, a site that will soon allow artists to sell their creations directly to consumers while allowing artists to keep 90 percent of earnings,” MegaUpload founder Kim ‘Dotcom’ Schmitz told Torrentfreak this week.

In other words, another entry into the very crowded DIY space.  But there’s a lot more to this story.  Instead of charging artists, Schmitz wants to pay artists – even for free downloads.  “We have a solution called the Megakey that will allow artists to earn income from users who download music for free,” Dotcom outlined. “Yes that’s right, we will pay artists even for free downloads.  The Megakey business model has been tested with over a million users and it works.”

And there could be more mega-artist deals ahead, of the will.i.am variety.  “You can expect several Megabox announcements next year including exclusive deals with artists who are eager to depart from outdated business models.” 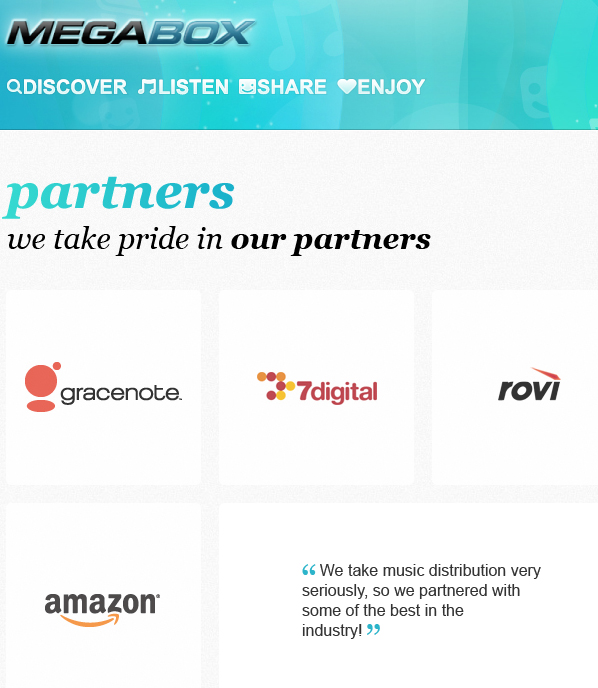 The rest looks like a combination platter of cloud-based music storage, download sales, and discovery, though the elements may still be coming together.

In a test-drive this morning, we also found lots of major label content, but only managed to stream 30-second clips (we’ll leave that discussion to the various armies of lawyers…)

MegaUpload has the capital to do this, but they are also pushing some emotional capital as well.  That is, a stark juxtoposition between them and traditional media interests, ie major labels like UMG.  “These guys think an iPad is a facial treatment, the internet is the devil, and wired phones are still hip,” Schmitz blasted.  “They are in denial about the new realities and opportunities.  They don’t understand that the rip-off days are over.”

“Artists are more educated than ever about how they are getting ripped off and how the big labels only look after themselves.”