There’s comfort in a day job, no matter how mind-numbingly boring it may be.

But it turns out that even the even the biggest indie artists could use the reliable paycheck: according to a surprising close-up of Grizzly Bear published this week, ‘success’ still means financial struggle, tremendous day-to-day uncertainty, and dramatically long hours.  And this is a band that recently sold out Radio City Music Hall, opened for Radiohead, and has been a Pitchfork and indie darling for years. 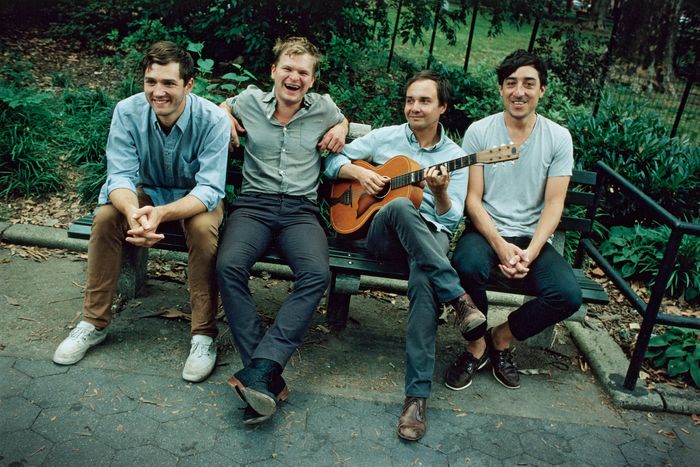 Vulture journalist Nitsuh Abebe wrote a highly-detailed piece on the band, and found a group absolutely dedicated to their music, but also struggling and surviving financially.  Consider these aspects:

(1) Not all of the members can afford basic health insurance.

“Obviously we’re surviving,” Grizzly Bear founder Ed Droste said.  “Some of us have health insurance, some of us don’t, we basically all live in the same places, no one’s renting private jets. Come to your own conclusions.”

(2) They live in the small, Williamsburg apartments they started out in.

(3) They make almost all of their money from the road, with occassional cash from licensing.  And, very little money from album sales and virtually nothing from Spotify.

(4) The band travels with a bus, an extra keyboard player, and sound and lighting engineers.

(5) They seem to break even — if that — after the completion of a tour and after expenses for crew, manager, Ticketmaster fees, etc.

(6) They have a lingering fear that this could all go poof, and disappear overnight.

“We live in a world of blogs that are super-judgmental, and we’re not in the clear yet—we don’t have a ‘Get Out of Jail Free’ card,” Droste conveys.

(7) The band feels that without major radio support, they are unlikely to reach a new tier of success.

But they also recognize that mainstream radio is largely controlled by major labels.

(8) They do not have expectations of earning a middle-class income.

“No,” Droste flatly stated. “I’d have to keep doing this forever. But the biggest thing you can’t do is focus on money.”

Outside of crossover indie smashes like Arcade Fire, Bon Iver, and Mumford & Sons, Grizzly Bear is the one of the most successful indie bands right now.