This was spotted Wednesday afternoon by David Lowery, who snapped this very unfortunate screenshot.  “Artists pay TuneCore to distribute their albums and music on paid platforms, and Tunecore pays pirate site 4Shared to give the artists music away for free,” Lowery summed-up on The Trichordist. 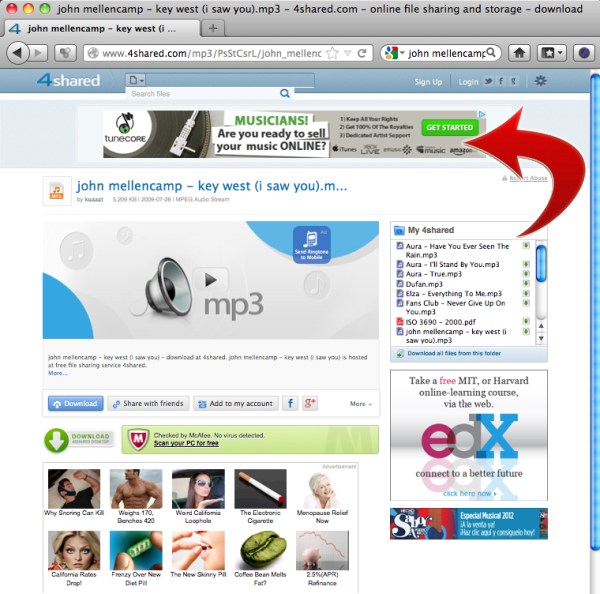