Actually, this makes perfect sense from the standpoint of Chevy and General Motors.  Because right now, all that copyright stuff means almost nothing to major brands, especially if it gets in the way of accessing 18-35 males with disposable income.  Even if artist and label hatred for Grooveshark has now grown into a chorus. 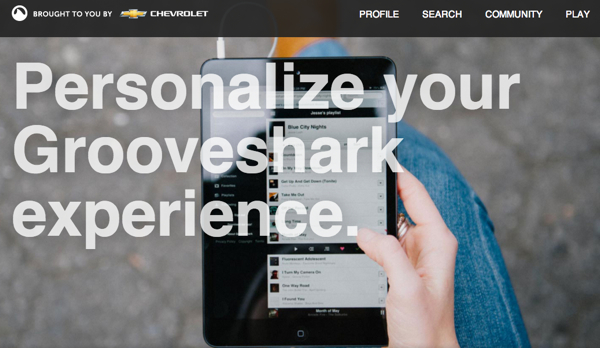 Actually, Grooveshark has been working on its rather kludgy, HTML5-powered workaround for some time (and it, well… sucked).  But Grooveshark also has huge legal bills and, according to sources, a major problem with exiting staffers and engineers.  Which makes Chevrolet the perfectly-massive, deep-pocketed white knight. 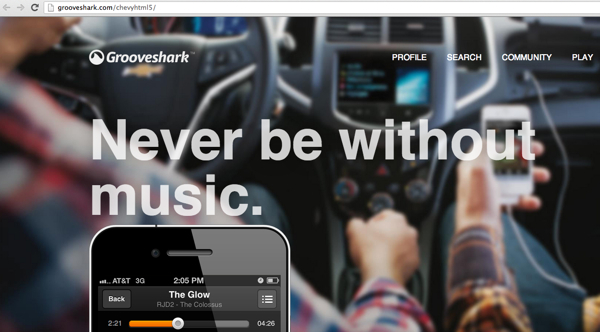 Other high-profile Grooveshark backers include Netflix, Ernst & Young, and Mercedes-Benz.  Those brands are similarly unconcerned with copyright issues, though Grooveshark’s narrative about helping artists and labels could prove problematic.  At SXSW, Quiet Company – a self-described ‘guinea pig’ promotional partner with Grooveshark – announced that they would not be continuing the relationship.  “They said they were starting an artist development program,” band manager Paul Osbon said, according to Digital Trends.  “We were the test monkeys.”

“They gave us tons of info – what type of toothpaste our listeners used, what shoes they wear.  If they had only found a way to translate that into sales, and market that…”

Full disclosure: Grooveshark has been litigating against Digital Music News since early 2012 to obtain the identity of what appeared to be a whistleblower commenter.  That case is now being fought in the California Court of Appeals.