Waiters Live Off Tips. So Why Can’t Artists?

Perhaps the Great Recession put a damper on decades of ‘tip inflation,’ but these days, lower tips are always frowned upon.  Because those waiters and waitresses are often living off your generosity.

Which brings us to music, where recordings are now promotional, t-shirts are the butt of a joke, and touring is a rare moneymaker.  In this environment, why can’t artists live off tips, at least enough to pay rent, bills, and other necessities? 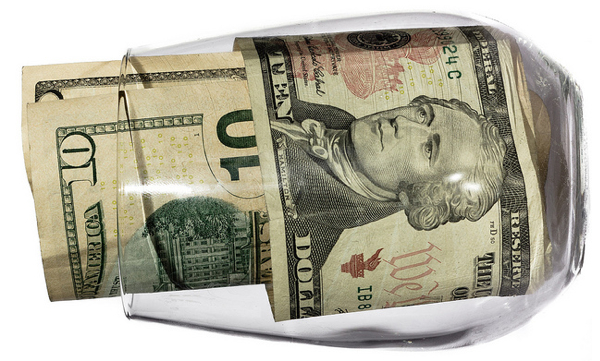 Actually, there are a number of startups and entrepreneurs asking this very question.  We’ve profiled a number of startups focused on direct artist tipping, which (almost) eliminates the middleman and helps fans support the artists they care about.  Those include Copper and Flattr, both of whom are designed to faciliate direct, impulsive online tipping from fans.

The Industry Isn’t Good at Paying Artists. So I Invented ‘Copper…’

Expand the concept a bit further, and we have the ultimate tip machine: Kickstarter.  Others, like BandPage, are focusing on creating direct ‘Experiences,’ designed to give fans an extremely up-close, tailored moment with the artists they love (and are willing to pay for).

But can all this support the artist, beyond the Amanda Palmers and Jonathan Coultons of the world?

The answer may lie in the streets, where clever performers sometimes beat the system.  In our locale of Santa Monica and Venice Beach, tourists are often seduced by fire-throwing, rollerblading guitar players, and hip-hop dancing, though they’ll also crowd around smooth jazz and acoustic crooning.  And talk to any street performer, and they’ll tell you three things matter: location, location, location…

Artists: Stop Giving Away Your Most Valuable Asset…

But what if that location is moved online?  That’s the thinking behind some newer plays, like the Sean Parker-backed StageIt.  It’s also the idea behind StreetJelly, a site that takes street performances (or any performance) and puts it out there for contributions. 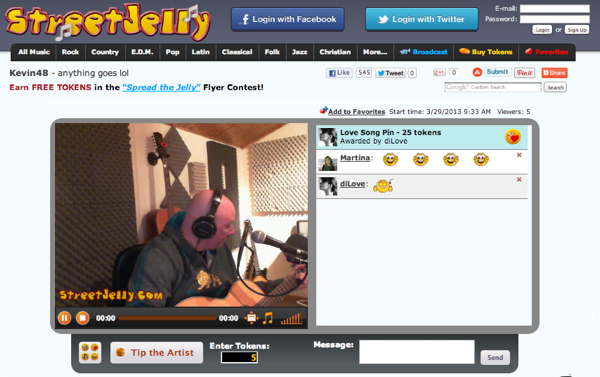 The site is still pretty early, and to be honest, pretty sloppy looking.  But the actual viewing and tipping functionality seems fine, and the central concept is simple: get some tokens, check out some performances, and tip (perhaps suspiciously, StreetJelly says ‘up to 80 percent‘ of the contribution goes to the artist).

Right now, there aren’t that many performances to choose from, though if there’s money, that will change pretty quickly. But how much money could there possibly be?  That’s (hopefully) the million dollar question…

Written while listening to Kevin48 on StreetJelly.  Top image adapted from an original shot by Dave Dugdale (licensed under CC BY-SA 2.0)