Still a Fad? Vinyl Sales Up 30 Percent Over Last Year…

Downloads are slipping. Albums are tanking. Streaming pays nothing. And t-shirts are bullsh*t.

Which brings us to vinyl LPs, whose sales are not only increasing, they are accelerating.  According to stats released this morning by Nielsen Soundscan, LP sales are now jumping 30 percent year-over-year, which means the updated projection looks something like this. 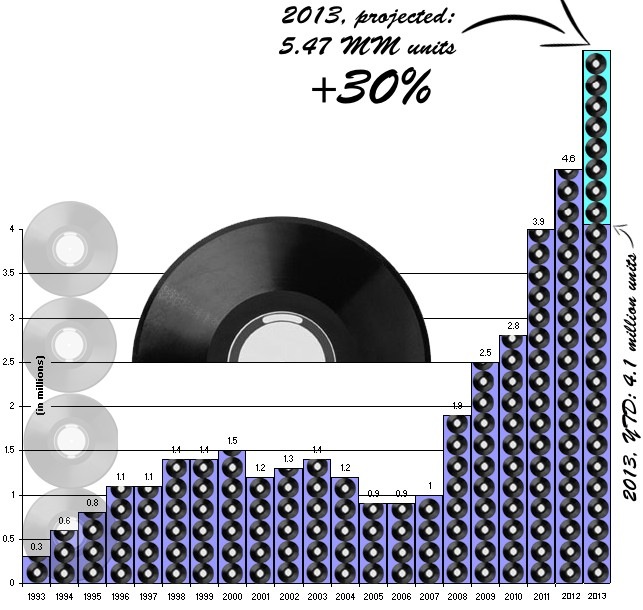