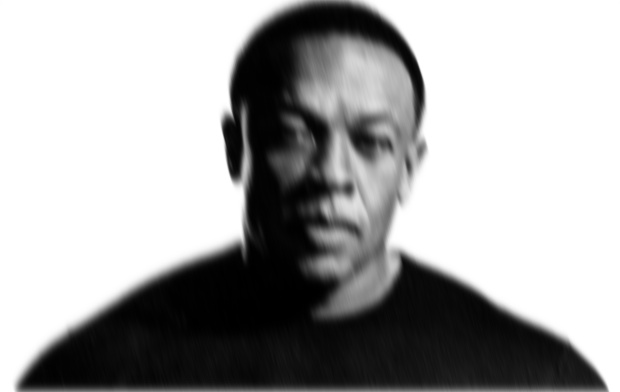 Yes, this is the newest senior executive at Apple, and no, Dr. Dre (aka, Andre Young) isn’t just ‘playing a part’ in his lyrics.

Dr. Dre isn’t like Arnold Schwarzenegger, Clint Eastwood, or any other actor playing a violent role, as DMN readers repeatedly insisted over 200 angry emails and comments (here and here).

This is what happened in 1991 to Dee Barnes, an MTV host who portrayed Dr. Dre (aka Andre Young) and N.W.A. in a negative light.  It happened in real life; this was the story that was published by Rolling Stone by author Alan Light.

Young never denied the charges.  Instead, he pled no contest in a subsequent lawsuit and proudly boasted of his actions.

“The members of N.W.A. have long been accused of glamorizing violence and hatred, and they have always had a defense ready: They’re not advocating anything; they’re just reporting what they see on the streets around them and setting it to Dre and Yella’s funky, bass-powered beats. “We ain’t doing this shit to send out no messages,” Dre told one reporter last year. “We in this shit to get paid. If you say some shit that’s real and people are getting into it, then you’re going to get some flak.” It’s always been an issue, but a recent incident may make the already-disturbing lyrics on Efil4zaggin something much more frightening.

Last November the Fox TV rap video show Pump It Up ran a segment on N.W.A. in which it crosscut between members of the group dissing their former partner Ice Cube and a previous interview with Cube in which he bad-mouthed them. The members of N.W.A. decided that the clip made them look bad. On January 27th, Dre ran into Pump It Up host Dee Barnes at a record-release party in L.A.

According to a statement issued by Barnes, Dre picked her up and “began slamming her face and the right side of her body repeatedly against a wall near the stairway” as his bodyguard held off the crowd. After Dre tried to throw her down the stairs and failed, he began kicking her in the ribs and hands. She escaped and ran into the women’s restroom. Dre followed her and “grabbed her from behind by the hair and proceeded to punch her in the back of the head.” Finally, Dre and his bodyguard ran from the building.

Far from denying the attack, the members of N.W.A. insist that, as Ren says, “she deserved it – bitch deserved it.” Eazy agrees: “Yeah, bitch had it coming.”

“Coming like a motherfucker,” Ren continues, “she shouldn’t have done that.” Barnes says that she was against running the piece in the first place, but Ren disagrees. “She’s lying,” he says. “She had something to do with it. She sure was in that scene with [Ice Cube].”

And Dre himself says: “People talk all this shit, but you know, somebody fucks with me, I’m gonna fuck with them. I just did it, you know. Ain’t nothing you can do now by talking about it. Besides, it ain’t no big thing – I just threw her through a door.”

Barnes, who first filed charges against Dre in February, is now pursuing a civil lawsuit alleging assault and battery, infliction of emotional distress and defamation. “Their whole philosophy has been that they’re just telling stories, just reporting how it is on the streets,” says Barnes. “But they’ve started believing this whole fantasy, getting caught up in their press, and they think they’re invincible. They think they’re living their songs.”