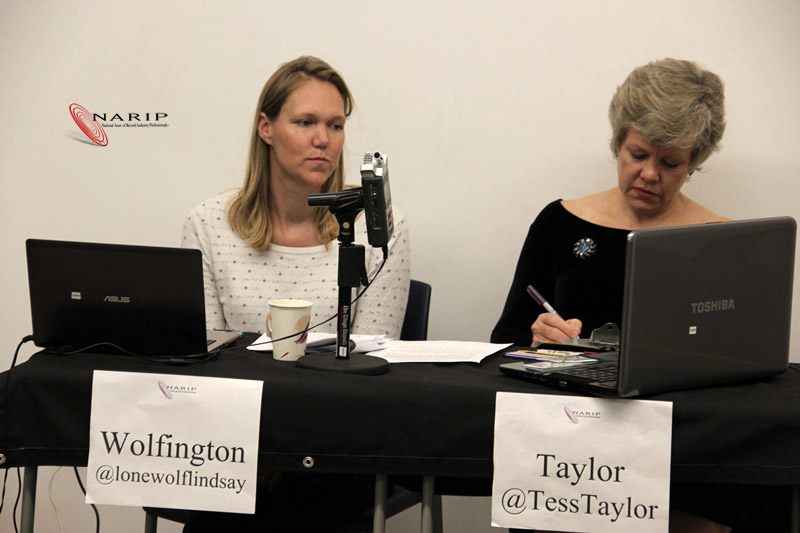 With recorded music revenue in shambles as the transition from digital downloads to streaming takes place, one area where artists can still make some good money is from licensing. Placements. Sync. Whatever you want to call it, there is money to be made getting your music on TV shows, films, video games, movie trailers and commercials.

And the people that place that music? Music Supervisors.

Music supervisors are the actual people who take the cues from the producers and director when the “picture is locked” and underscore the picture with songs. They then negotiate with owners of that song a fee to allow them to sync the song to their video (be it a TV show, film, commercial, trailer or video game)

Sometimes music supervisors use the instrumental version and most of the time it’s just a small snippet of the song (however, now I have to brag a bit, One Tree Hill used all 3:43 of my song – words and music. But that’s very rare).

So how do you actually get your music to these supervisors? You could try cold emailing. But that rarely works. You could tweet your song to a supervisor, but again, it’s a long shot.

+How To Get Your Songs Placed On TV And In Movies

The best way to go about this is to find a licensing company or “song plugger” who has built up relationships with music supervisors (more on them later). These people are trusted sources who provide high quality, vetted music and they know to only send music to the supervisors for the projects they are currently working on (and within their price range).

Don’t confuse licensing companies with pre-cleared, music libraries. There are a ton of music library companies out there that accept music from indie artists and set a standard rate for any song to be used for super cheap. Any indie film maker can get this music with a few clicks of a button (without having to negotiate rates or send over paperwork). Lots of musicians compose mood music specifically for these libraries. The songs are tagged within the library with a mood (dark, dreamy, epic, indie rock, etc). If you do enough of these, and get enough purchases, it could work out to be a decent revenue stream.

However, if you get known as a “library” artist, it’s hard to rebrand yourself as an original artist.

But if you can’t find a licensing company excited to push you, what do you do?

NARIP (National Association of Record Industry Professionals), the biggest music business network in the world, offers direct access to some of these music supervisors.

NARIP hosts music supervisor pitching sessions a few times a month. Even though most are held in LA, attendees can Skype in from around the world to be a part of the session. NARIP boasts that they have helped facilitate over 200 placements from these sessions.

I attended last month’s session with music supervisor extraordinaire Lindsay Wolfington. Speaking of One Tree Hill, she was the supe (that’s short for music supervisor) who placed my song “Last Day” on the show about 5 years ago. Oh memories.

Lindsay currently places music for Royals (E!’s first scripted show), Shadowhunters (coming out later this year), The Night Shift, Bold and the Beautiful, and occasionally fills in for other music supervisors on other shows.

There were 6 of us in the room and I believe 5 who Skyped in as well. NARIP limits the number of attendees per session so the supe gets enough time to get through all of the music.

NARIP’s president, Tess Taylor, lead the session, introduced each presenter and kept the session moving. Each attendee got to present 4 songs for review. Lindsay had a laptop in front of her with all the songs imported and a sheet of paper with the presenter’s bio info along with the song selections (with mood keywords). She played the songs in the room like she normally reviews music. She mentioned that the intro to the song is incredibly important and that she knows almost immediately if it will work or not for the show she’s working on.

She skipped around a bit to hear different sections of the song. She gave each song about 60 seconds of listening time on average. She explained what folder she would add this song to and for which show (if any).

Every music supervisor has their own style of organization. Lindsay got her start working with music supervisor superstar (and fellow curly head), Madonna Wade-Reed, so Lindsay’s organization is similar to Madonna’s. Some of Lindsay’s folders are labeled “Suspense,” “What’s Going To Happen,” “Intrigue,” “Playful,” “Steamy,” and “Action.”

For a placement to be effective, the vibe of the song has to fit perfectly with the action and emotion of the scene.

Lindsay said the best way to contact her is via email with an informed body. “It shows you’ve done research which is always impressive,” she explained. But don’t act like you know her if you don’t.

Subject line: “sounds like (popular artist), for (TV show currently working on)
Body: I’ve been watching your show and I saw you do _____. My music sounds like ______ (this type of music and maybe these bands). I own 200% of these songs.

Then include links to box.com of the mp3s. Lindsay prefers box.com because you can stream and/or download the song. Dropbox requires you to download the song to just listen to it. Soundcloud is ok as well if downloading is enabled.

Don’t pitch a fee. She will come back with a fee range and ask if that will work for you. And then she will pitch the song to the producers.

“I respond to polite and charming. Not assuming anything. Cockiness is really unattractive to me.” – Lindsay Wolfington, music supervisor, Royals

She said to only follow up every 2 months and the follow up email should NOT be “have you listened.” If you’re going to follow up, email new music with a new email.

She explained that her (and most other supes) love (need) metadata. When they add songs to folders, they don’t add in contact info. So when they’re going through their folders and find a song to use, they need to know who to contact. So make sure you add contact information in the metadata of the mp3. The way to do this, is in iTunes, open information (command i on a mac), under Details at the very bottom is Comments. Add in your name, email, phone number and include if you own “200%” of the song. That means you own 100% of the master and 100% of the publishing. If you don’t, make sure you include all the parties of ownership that she would need to contact to clear the song. However, she doesn’t want to take anything from unknown artists pitching themselves who DON’T own 200%.

Currently, the shows Lindsay is working on don’t have a huge budget for music. She mentioned that some episodes may only have about $10K total. So, she needs to find music that doesn’t cost that much. If you’re an independent artist who owns “200%,” this makes it easy. She said for her current shows (Royals and Shadowhunters) she’s paying about $1K-3K TOTAL for each placement. Other projects, especially network TV shows, movie trailers or films can pay MUCH more. I’ve heard of indie artists getting $80,000 for a movie trailer placement or $20K for a network TV spot. The sky is the limit for films, but producers know they can get songs by indie artists for a lot cheaper than what major labels/ publishers demand.

Music supervisors like working with people they know. If you can provide them songs that work, they’ll love you – no matter who you are (musician, song plugger, publisher, label). Lindsay said “One use precipitates others.” But don’t be difficult. She told a story about a publisher she worked with (I’ll withhold the name) who all but green lit a song for her, but when it came time for the paperwork they pulled a bait-and-switch and tried to get more money. She was so tainted by that experience, she never wants to work with them again.

Just because a music supervisor doesn’t use your song (or doesn’t respond to your email) doesn’t mean she doesn’t like your song. It may just mean that it doesn’t work for the projects she is currently working on. Only pitch music when you have something that works for her current projects.

As I learned at the music supervisor’s panel at the ASCAP Music Expo this past May, some music supervisors (namely Kasey Truman of Chop Shop) no longer take unsolicited music. Meaning, if she doesn’t know you, your music goes straight into the trash. And it makes sense. Supervisors (especially those who have been in the game a long time) get inundated with music and they just don’t have time to get through it all.

Lindsay did mention that it’s good to get in with the supe’s assistant or coordinator. “They have more time than we do.” So, email/call them and be charming! Maybe ask them what they think of your song. If they like your song they may pass it along to their boss. And if you build up a relationship with them, they will most likely be a supe one day who will welcome your pitches.

However, there are literally hundreds more.

As an independent artist who has had some licensing success (about 30 placements), I can tell you first hand that it is incredibly difficult to pitch yourself (well, for anything in life – but especially placements). It’s best to spend your time finding a licensing company who is excited about your music and will work on your behalf to pitch supes. And, of course, make sure they have the credentials and placement history. You don’t want just anyone pitching you, though. You want someone who is a trusted friend of the music supervisor.

They cost $329 (or $249 for NARIP members). It may sound like a lot, but if you get one placement out of it, it more than pays for itself. This is one of the better investments you can make for your music career.