Brand support is nothing new.  But most brands out there are only interested in supporting the biggest stars to maximize their exposure.  Fender took a different route.  They teamed up with 11 emerging artists and outfitted them with tour necessities like a 15 passenger van (all maintenance and insurance), gas, gear, and artist relations support as part of their new “Fender Accelerator” program.  Fender also increased the promotional reach of these artists through Fender’s web outlets which reach 5 million a month.

As an independent artist who has played over 600 shows around the country, I understand the realities of the road intimately.  Along with flat tires, skidding off the road from black ice in the dead of winter, stopping for gas every few hours and putting up with 5 other smelly dudes, the financial realities of road life are that when money is spent on gas and van rental, it can’t be spent on marketing, hotel rooms, gear, or health insurance.  Indie artists will take financial assistance wherever we can get it.

I got a chance to speak with one of the artists, Matthew Curry, about his experience with Fender and the Accelerator program.  Curry, from Bloomington, Illinois, is a guitar prodigy.  Only 20, he has already played alongside Peter Frampton and Steve Miller.  Miller gushed that Curry is a “wonderful guitar player [and] great songwriter in the Stevie Ray Vaughan area of virtuosity and originality.”  And Frampton echoed Miller’s sentiments, “He’s the next guitar hero!”  This year, Curry supported the Doobie Brothers on a leg of their tour. 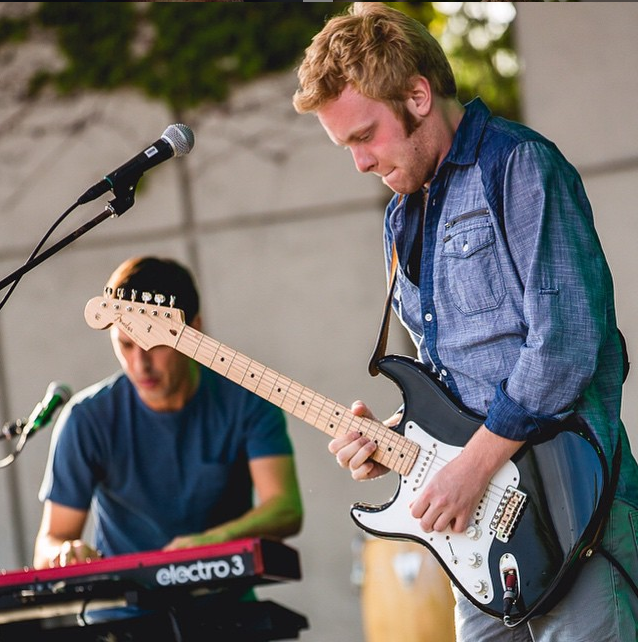 Curry spoke with me about playing gigs in used car lots and tiny blues clubs before heading out to Nashville where he met Dan Weiner of Paradigm.  Weiner introduced Curry to Charlie Brusco and Darren Hagen at the management powerhouse, Red Light Entertainment.  Curry’s strong team got him touring.  But early tours, when no one knows who you are, do little to bring in initial capital.  And touring with a 4 piece band (as Curry does) is quite expensive.

Curry told me that he was extremely grateful for the help Fender provided and that he had been playing Fender guitars (namely their strats) since he started playing guitar at age 4.

Curry estimates that Fender helped him save $15,500 on tour expenses.

Curry, though, is one of the only artists of the 11 who is unsigned.  All the other artists Fender chose to support (save 1 who also has Red Light backing) are on a labels, most major.  All the other artists are still relatively unknown and “emerging,” but have label support nonetheless.  Which begs the question, if their label can’t fork over even the most minimal tour expenses (a mere $15K – which is a fancy night out for some of the major label execs), what are these labels doing to support these artists financially?  They happily take a percentage of their tour and merchandise income through 360 deals, though.  Luckily, Fender stepped in to help these artists’ bottom line a bit – because their labels clearly won’t.

But it also begs the question, why did Fender choose so many major label bands to support on this endeavor?  Fender teamed up with CAA Marketing production partner NCompass for this project.  And many of CAA’s acts are major label acts.

I also spoke with the VP of product marketing, Justin Norvell, about the Accelerator program.  I asked him why they chose major label bands and not the thousands of deserving indie label or unsigned artists that could really use the tour support.  He explained that in this first iteration of the Accelerator program they wanted a strong support system for the artists to test this program out.  He explained that they have run unsigned band contests in the past and are looking into potentially helping more unsigned and independent artists for future Accelerator tours.

“Fender has a rich mix of musicians on our team and we understand the challenges of touring first hand,” said Richard McDonald, Executive Vice President, Fender Brand.  “It’s such a dynamic time in a band’s professional journey and you are usually ready to hit the road before you have all the pieces in place.  The Fender Accelerator Tour takes some of that pressure off these amazing bands and gets them on the road, in front of their audiences.  We are pumped to be able to offer support to these talented artists so they can focus on what really matters, the music!”

Ari Herstand is a Los Angeles based singer/songwriter and the creator of the music biz advice blog, Ari’s Take. Follow him on Twitter: @aristake