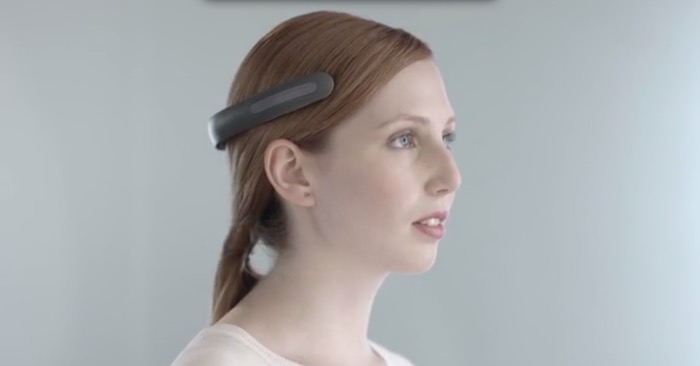 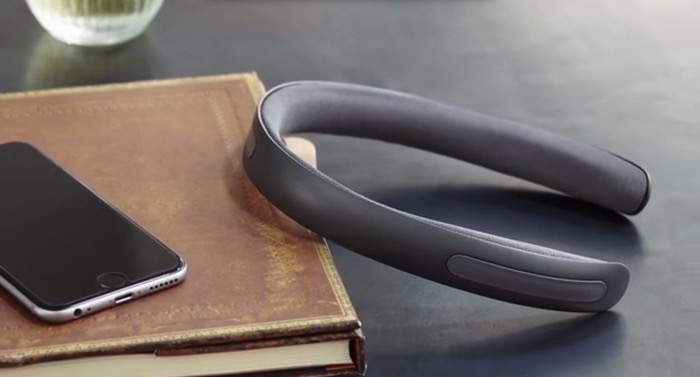 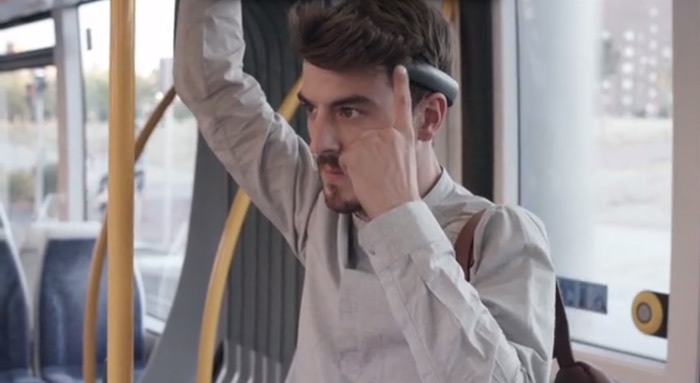 It’s called the Batband, it’s being developed by Studio Banana Things, and it’s funded.   Already, the project has drawn contributions of more than $181,133 from 1,062 backers, and the founders are currently discussing manufacturing details in China.

How does it work?  The Batband delivers sound through bone conduction, which basically involves ‘transducers’ that emit sound waves that are picked up by your ‘private inner ear,’ which frees up your outer ear for other things.  Essentially, sound waves are transmitted at a frequency that can be conducted through the bones of the skull.

“Your ears remain free, therefore you get to hear twice as much, without compromising on comfort, quality or style,” Studio Banana described. 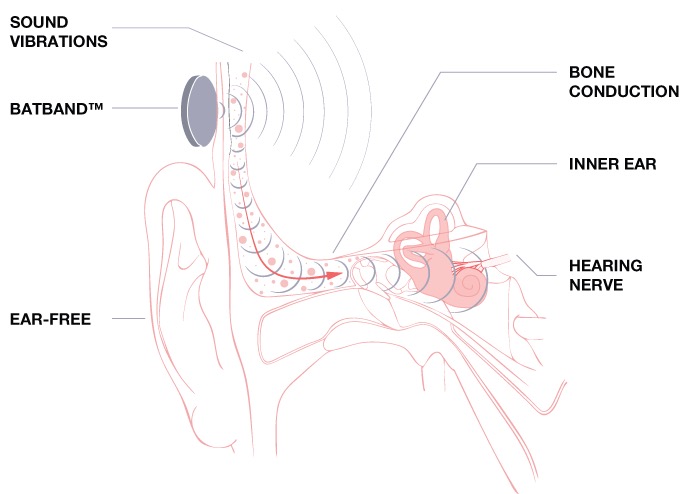 The designers at Studio Banana want the Batband to replace all traditional headphone uses, including two-way conversations and every audio smartphone interaction (including Siri voice controls, for example).  Skype conversations and Bluetooth-enabled audio are also part of the package.  Additionally, Batband is also targeting gaming, a highly-lucrative arena for headphone manufacturers.

As you might imagine, the name ‘Batband’ is derived from bats, who, like dolphins, are finely-tuned in sonar reception.  Founders Key Portilla-Kawamura and Ali Ganjavian were “inspired by bats, dolphins and other sonar hearing creatures,” and started developing concepts around mimic’ing that technology for humans.  But is it safe to sonically blast your brain directly through your skull?  That issue hasn’t really been addressed, and like many technologies (and vices), could take decades for the risks to truly become realized.

Studio Banana is planning to finalize its Kickstarter campaign in October, commence full-blown manufacturing in December, and roll its first Batbands in April.